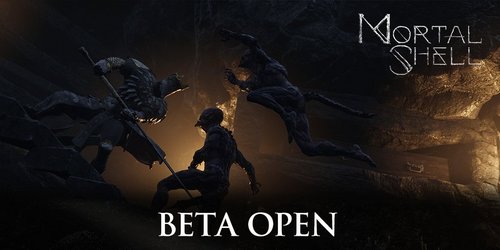 Mortal Shell, which is a game that is currently being developed by an indie developer called Cold Symmetry, is partially available for (free) beta testing.

You are invited to be among the first to play the Mortal Shell Beta. This is a passion project from a small indie team united by one vision: to return people to that familiar, satisfying pain of a traditional soulslike - deliberate, measured, and merciless.

This Beta build allows you to possess two Mortal Shells - Harros and Tiel - to better understand their subtleties in combat. This Beta does not include spoilers (we decided to keep the story a secret for just a little longer) and we have deliberately cordoned-off much of the open sprawling marshland of Fallgrim to keep you focused.

Before we leave you, a warning: Mortal Shell was made for battle-hardened soulslike fans. It is vindictive design, assembled with spite. It will take the best among you around an hour to complete it. For everyone else, expect your progress to be much slower.

Click here to get the beta version of Mortal Shell from the Epic Games store.

Make sure you check out the trailer when you click the link. It’s pretty cool.