I used the modded characters but they were corrupted

Alright it worked but the characters keep getting corrupted, am I doing something wrong? And when I save to device it asks if I want to replace my actual character, do I want that?

I’m not sure. You’re best bet is to probably try to use the save editor on one of your own working saves. That modded save is very old and it most likely was played with DLC content so both of those could be reasons for it corrupting. When you first plug your flash drive into your 360 go to storage and see if it says it’s corrupted in there before loading the game.

It was not corrupted there and when I reloaded the game it became corrupted, also says that I was missing content from the game so I assume that its because of the DLC content, the save editor was working before a few days ago but I decided to finish later and when I tried to open it, it had some issue asking me to download something, I will send you a picture of what it wants in a few moments. 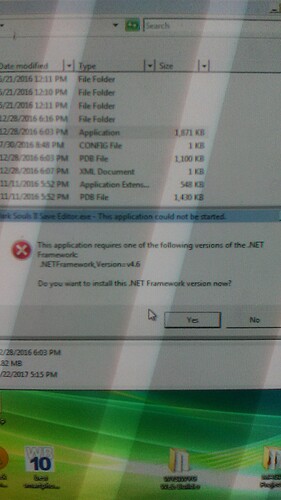 Alright I’m just concerned of a virus with updating it

.NET Framework is legit. You already had/have other versions of it on your PC. Many programs and apps need it to run.