Yes if you use the Same save then ya all modded stuff will go online and probably get banned. Should use a different save one for singleplayer and then for online use

No, you won’t get banned. I finished the storyline with most cheats active (also money etc.). And everytime i want to do a raid or PvP, i simply restart the game with the original launcher and no cheats/trainers running/active. Did this from the start and still doing it. No bans/warnings or whatsoever. So it’s save to play online on your cheated account as long as you don’t use cheats in raids or PvP.

ptondo says: “Yes if you use the Same save then ya all modded stuff will go online and probably get banned.”

Thank you for fixing the “undetected” problem! Nice work again, MrWonderful!
Is there certain way to start the game, bypass and codes like with GR Wildlands?
But thanks again!!

For everyone who has problems with starting the game and use the cheats. Try the following step by step. Please read carefully:

You can now use the cheats. Alway run GRB.exe as admin first, then open wemod after the game is fully loaded and start the trainer.

But remember NEVER USE CHEATS IN RAIDS AND/OR PVP, you will get banned. Otherwise, have fun cheating

i just want use cheat money only actually, so basically your point is the cheat is saved to account, and when i remove the cheat, my cheated account is also save on uplay cloud and when im online i must not active any cheat right? and i still dont get it about the ban system
is this ban like GTA V ban? you get suspend for some time or i just get ban permanently?
because i buying this game without disc, if i get ban permanently… well i will cry 24hr

thanks for the info man

Why are you opening the .bak file? That’s not what the instructions state you need to do.

so after i did that do i run it with wemod?

Theres a bug with the 6 shot grenade launcher that it doesn’t work with no reload.
Also i asked this a while ago and got no response but is it possible to have increased loot drops where all the loot is guaranteed to be yellow?

The trainer isn’t supposed to find the custom exe. The exe just launches the game without battleye.

nevermind i saw what needed to be done

@CasualDust324 You don’t use or open the .bak file. a .bak file means it’s a “back up” file for the original launcher.
Follow the following steps as i said before and you’ll be alright.

You can now use the cheats. Alway run GRB.exe as admin first, then open wemod after the game is fully loaded and start the trainer.

But remember NEVER USE CHEATS IN RAIDS AND/OR PVP, you will get banned. Otherwise, have fun cheating 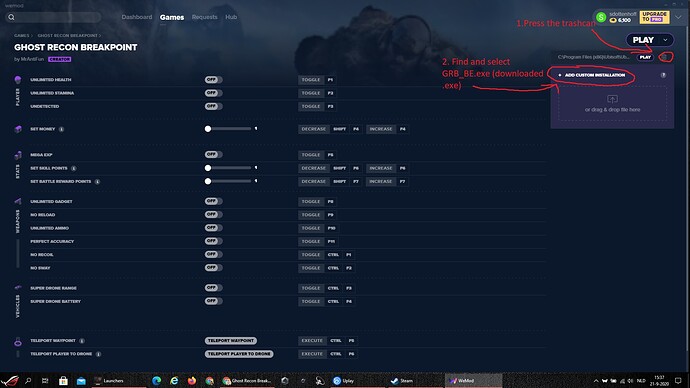 @Lzkiee No, unfortunately not. This is because the game is 24/7 online and the loot drops are always random. So it’s impossible to “read” the drops to change them.

Edit: As you probably know, if you go to Erowhon you’ll be able to see some other players. This is because the game is online only. This doesn’t mean that cheating is dangerous. But only if you use the cheats in your solo run, don’t join/play with other human players in PvP, Raids and/or co-op. You will get banned if you do 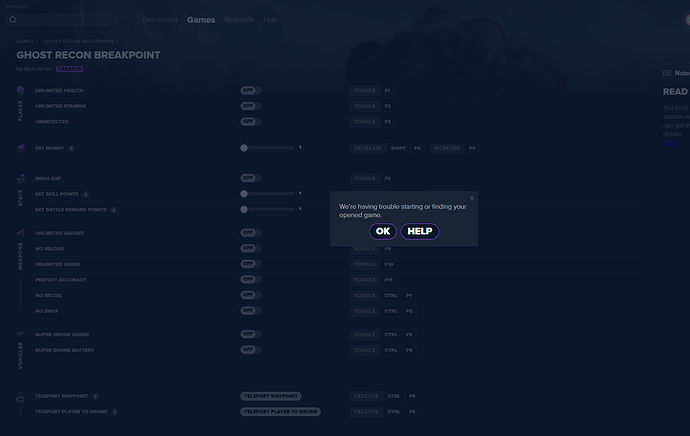 Either way should work.
Hope this will help you out a bit. If not, please let me know. I’m happy to help as far as i can

So I moved the game to my C drive and the bypass launcher no longer works.

If I rename the original to GRB_BE.exe.bak and attempt to launch with GRB.exe it throws an error that GRB_BE.exe is missing. 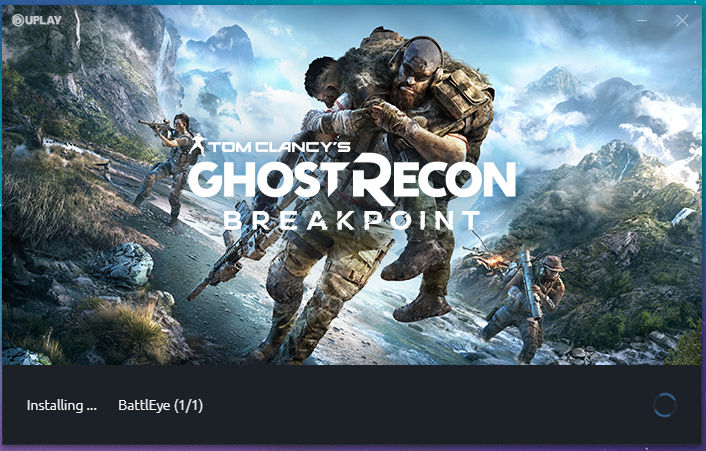 Works fine with the original files. Worked fine before I moved it to my main drive

Any help would be appreciated!

EDIT: ok NVM, deleted the BattlEye folder in the game directory and all is well. I’ll leave this here for anyone experiencing the same issue!