Was digging in a cave and turned around and he was there! 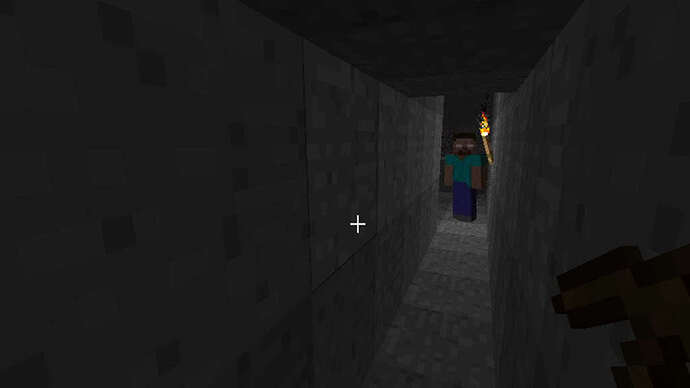 Isn’t herobrine suppose to be like some kind of magic that hasn’t been implemented yet?

Isn’t herobrine suppose to be like some kind of magic that hasn’t been implemented yet?

What a creepy ass mother****er. 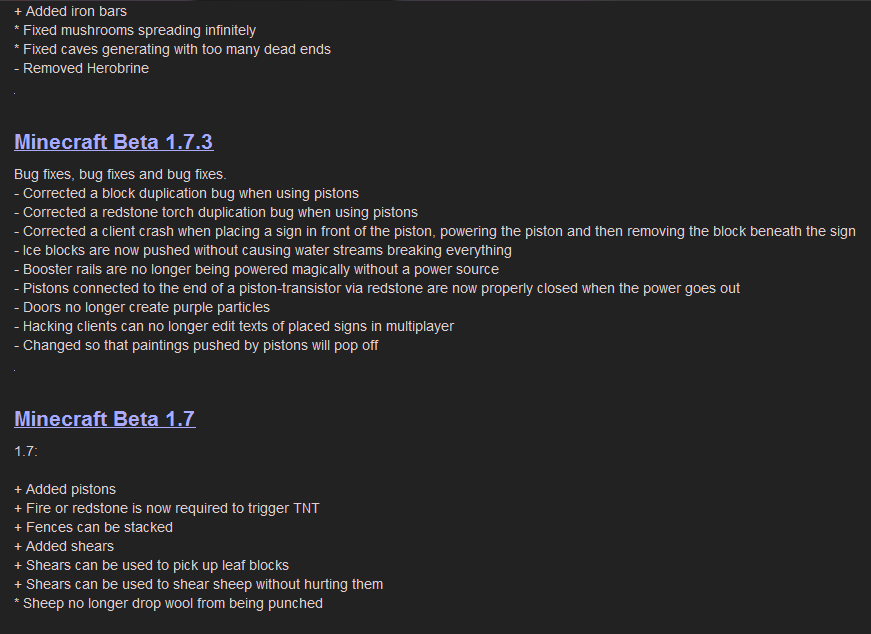 What a creepy ass mother****er.

Tell me aout it.

In most of the updates Notch puts that they removed Herobrine. No one knows if its true.
****ing creepy.

I thikn he just keeps lowering the rate at which people see him.
Use to be common, SUPER rare now.
First, it was believed to be Notchs brother I believe, who died when he was young young, and how he never coded him into the game and he had no idea how he got in there - then he said it was all make-believe, or was it, and said “removed herobrine”.

since then, he would keep putting “removed Herobrine” as a “joke”, but people say it’s getting old now.

Not real, someone asked one of the Mojang dev’s through Twitter and they sad that it was just a lie made up by some kid.

i still havent seen him i want to though

Herobrine doesn’t exist. It’s a simple myth that was started waaaaaaaaaaay back in the early alpha days. He’s simply not in the code of the game and people making up stories/videos/pictures is old news.

[size=25]Here is the proof that you seek

Look at these full-size

And there you have it…He is real

You cant because he runs/hides from you

He teleports and will burn you to death…

PROOF HE WAS NEVER REMOVED!

By the way - Herobrine still is in the game.

Ok ok. To be honest, there has never existed a Herobrine. It was just a rumor started by some douche and then someone probably created a mod.

And for anyone wondering “Who is herobrine?”: 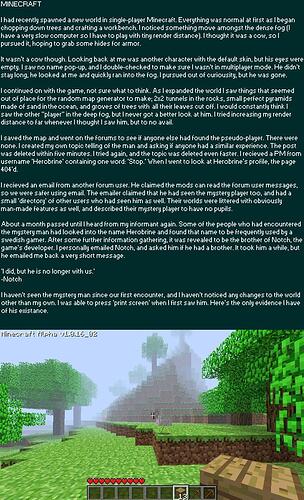 I miss the alpha

Was way better than Beta.

I liked the X-Files music, the truth is out there.

Please read this before talking about what isnt true.