How to white-list WeMod in BitDefender!

1. First if you’ve installed WeMod already, we’re gonna do a FRESH install. So search for control panel in the windows search bar

2. Once in the control panel go to programs and select uninstall a program 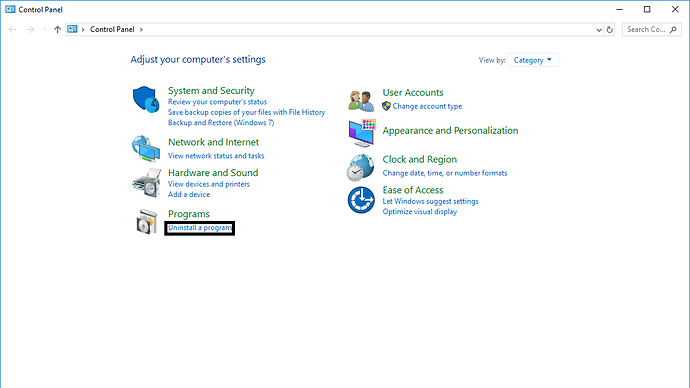 3. From there find WeMod from the application list and select uninstall 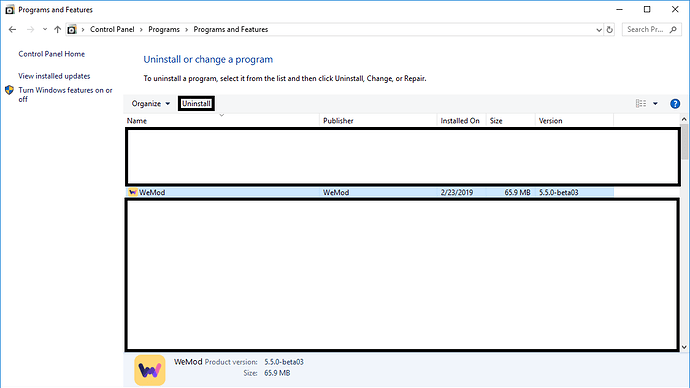 3b. If you don’t see WeMod in your installed applications folder that is completely fine!
If that happens then you need to open up Windows explorer

and navigate to C:\Users\YOURCOMPUTERUSERNAMEHERE\AppData\Local\ and scroll down until you see the WeMod folder and delete the entire folder!

4. Then you need to reboot your computer! THIS IS ESSENTIAL, once BitDefender flags something it will not allow it again until the system is rebooted!

5. So once you’ve rebooted, download a fresh copy of the WeMod installer from HERE
and install it but DO NOT open it, we have to exclude a few things in BitDefender so it will allow WeMod to work completely!

6. Once WeMod has been re-installed, open the BitDefender Application
Select Protection 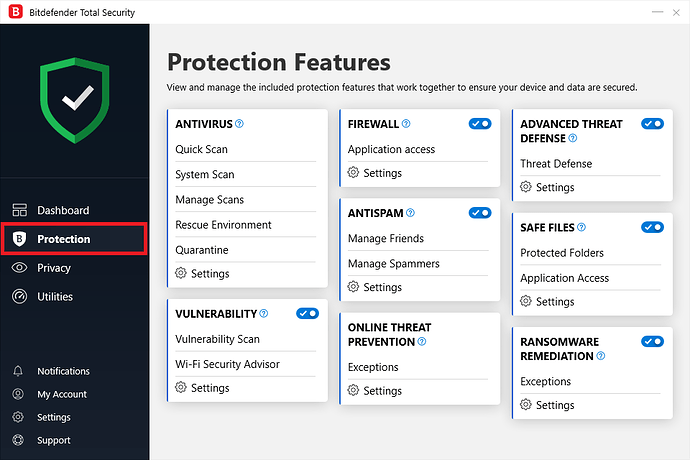 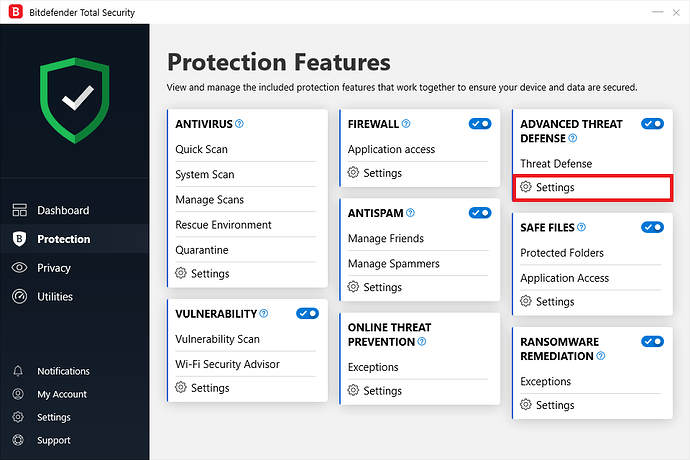 8. Once in the Advanced Threat Defense Settings panel we’re going to add 2 exe files to the exception list by selecting Add applications to exceptions 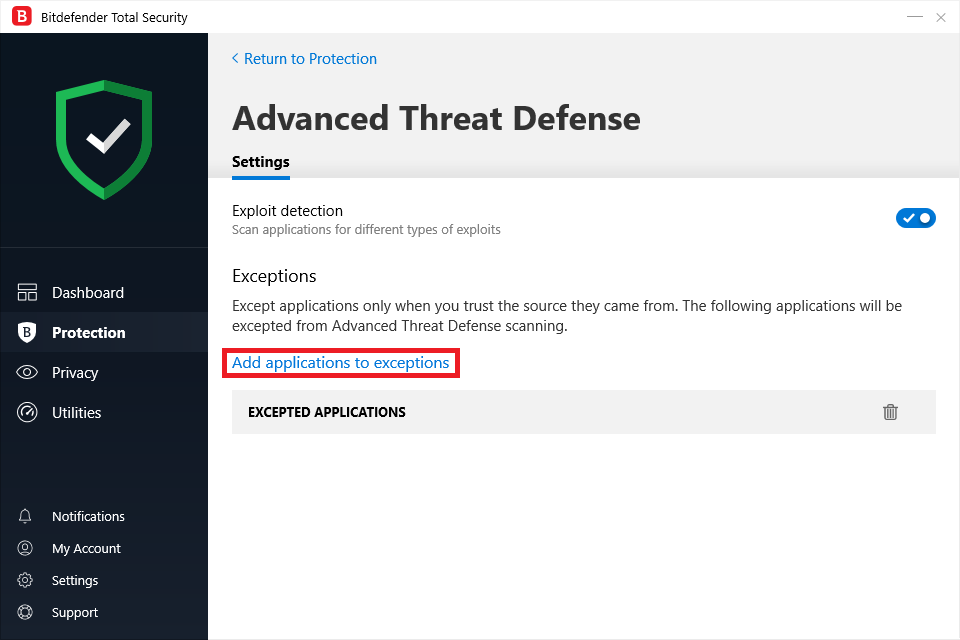 9. We’ll get a pop-up that looks like this NOTE Your pop up may look a little different depending on how your computer is configured, that’s perfectly fine 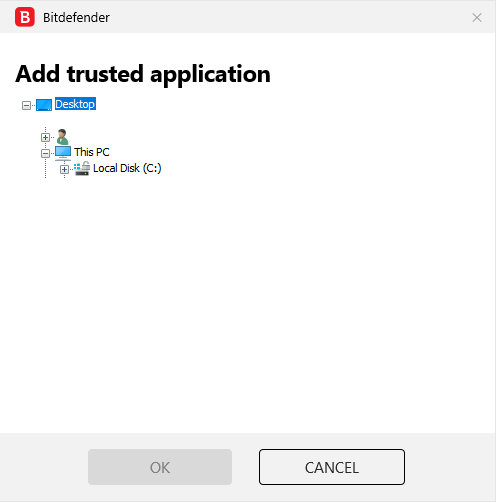 10. In that pop up we’re gonna add two different EXE files, both are located in C:\Users\YOURPCUSERNAMEHERE\AppData\Local\WeMod
The first one we’re going to add is Update.exe in the main WeMod folder 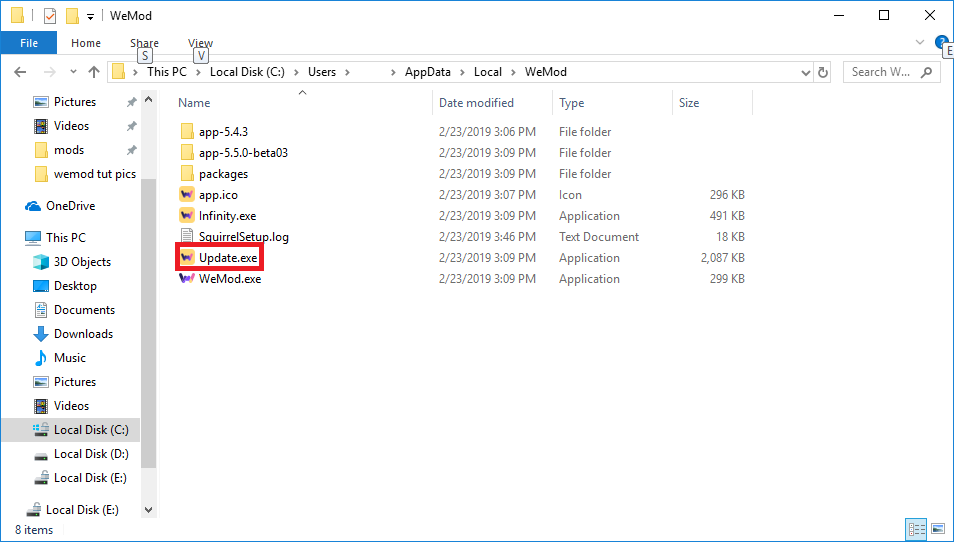 THIS EXE PATH WILL NEED UPDATED EVERY TIME WEMOD UPDATES

11. The second we will add will be the WeModAuxiliaryService.exe, the exe is located in the WeMod folder but is hidden in a few more folders in C:\Users\YOURPCUSERNAMEHERE\AppData\Local\WeMod\YOURCURRENTWEMODVERSION\resources\app.asar.unpacked\static\unpacked\auxiliary 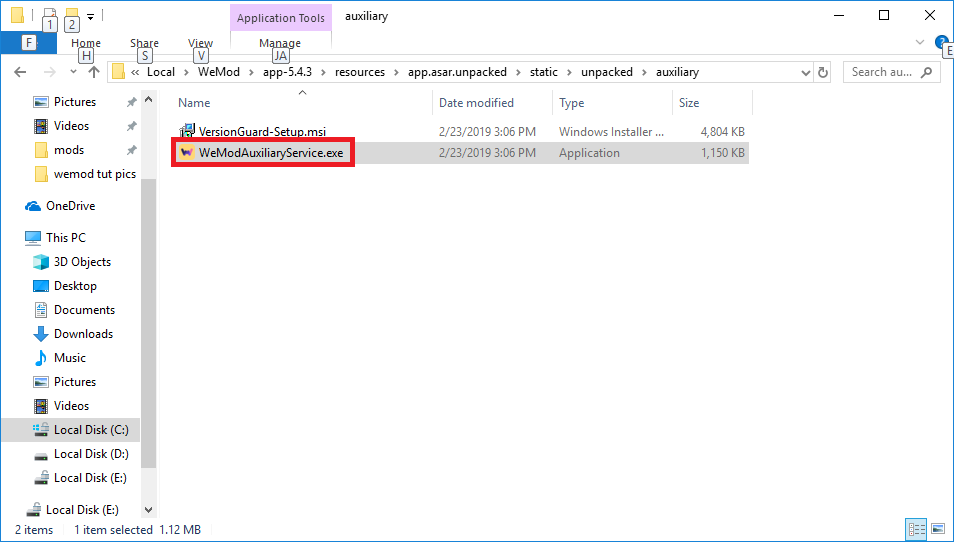 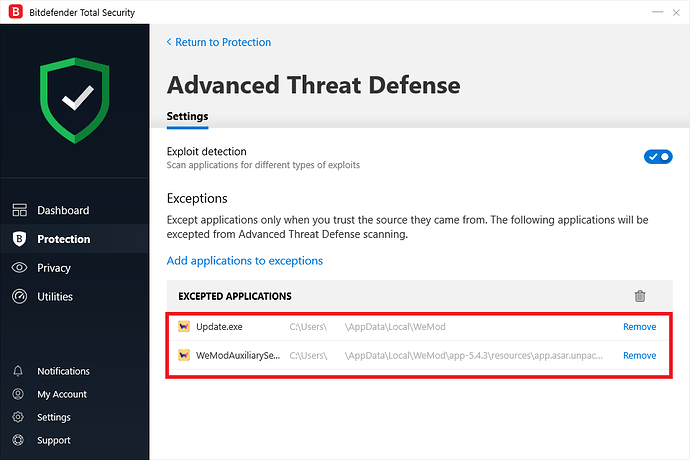