It's been awhile, hasn't it

I first came here looking for minecraft mods and found halo 4 mods and Than went to se7ensins and than to xbox chaos and now I’m back and modding minecraft, the irony. lol.
I like to mod the 360 one with opryzelp’s mod tool that works that I hated paying for of course. Anyway, I came back from who knows how long ago, and was looking for some advice. Not sure where to ask for it as with all the new I figured I was a newbie again. lol. Hi adolfin, hope you are still here. lol.

As for my question, I was curious if you knew what capture card is good at capturing video’s that doesn’t really on your computer screen. As every time I tried in the past I got 240 p with the 20 dollar capture card. I’m wanting to record my xbox 360 and xbox one gameplay with/without crappy quality. If it helps, I have an fuji-film real 3d video camera with an hdmi port on it, but it’s smaller than the xbox one’s hdmi plugin.

Welcome back! Can you specify the type of capture card you are using? And for the hdmi port thing, you can always buy adapters.

Mygica EZgrabber2 USB 2.0 Video Capture Adapter Device. Adapters, oh did not think of that. Thank you sNaKe.
I originally bought the real 3d fuji-film camera in hopes to record 3d for youtube, but didn’t work just recording the tv via pointing camera at it. lol. -;(

I took a look at the capture card and it doesn’t look like it can take hdmi. AV cables on xbox 360 lowers the resolution a lot. And A “cheap” capture card can cause quality loss. You can also try to change the capture device’s settings in-case you can change the export quality.

I see, so I need a capture card that will work with an hdmi port instead of an rgb or s video port is the problem. Makes sense now, so thank you so very much. 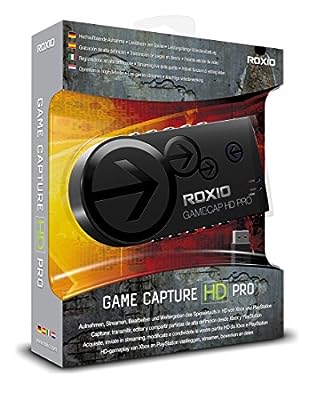 Would this capture card work for xbox one and xbox 360? Just curious what else I would need?

is it this product? http://www.roxio.com/enu/products/game-capture/hd-pro/overview.html

Then yes, it states that it works for xbox 360.

The pro one. K, lastlty my computer is a PoS, would I still get good quality? Acer Aspire Windows Vista Intel Celeron Basic 32 bit computer

well, the minimum requirements are:

You should probably talk to @Chris or someone about this since I’m not the most knowledgeable when it comes to computer hardware.

I think you answered it, thank you so much.