This is the official discussion topic of the Sailing Era Trainer and Cheats in the WeMod app. Please post any suggestions, bug reports, or praise that you may have for the cheats in here! 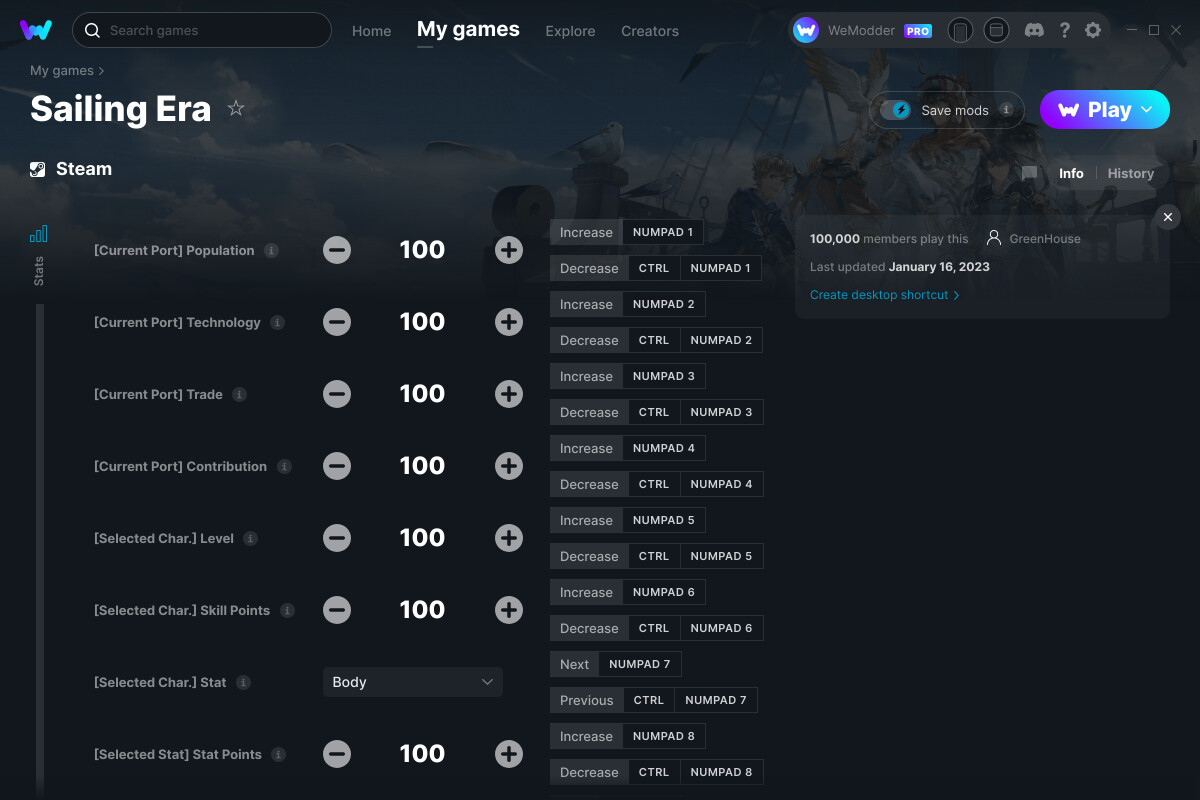 The Sailing Era cheats have been updated!

anyone having problems with game
crashing

ran into issue with Unlock All Specialities option. It works fine on the initial character but when I selected a 2nd character and tried this option in the Character tab, the game crashed.

also found the infinite morale to be not working. tried it when in port or when sailing but could not get it to activate. does it only work in battle mode?

While I am getting crashes every now and then, the game is pretty solid on autosaves so it doesn’t bother me! This set has been working great for me otherwise.

not needed but would it be possible to make a cheat to “always have crafting materials” on shipbuilding?

that would be nice… its such a pain looking for the required materials to build certain ships… something like a free build/ free upgrade option perhaps???

Yeah I’m just recalling the cheat in other games that make crafting require no materials or if that is impossible maybe something that doesn’t consume an material when its crafted? That way we could just keep making ships until we get a rare roll lol

I am actually new to wemod forums so i’d like to know where do we go to if we want to request for more trainer options?

I’m pretty sure here, I’m not sure how everything works and I don’t know how we would incentivize the developer to expand his lists since there’s no way to boost it. This game prob doesn’t have a lot of user so that doesn’t help either.

I have some info about the crashing.

I did some tests using CE：