This is the official discussion topic of the Titan Quest Anniversary Edition Trainer and Cheats in the WeMod app. Please post any suggestions, bug reports, or praise that you may have for the cheats in here! 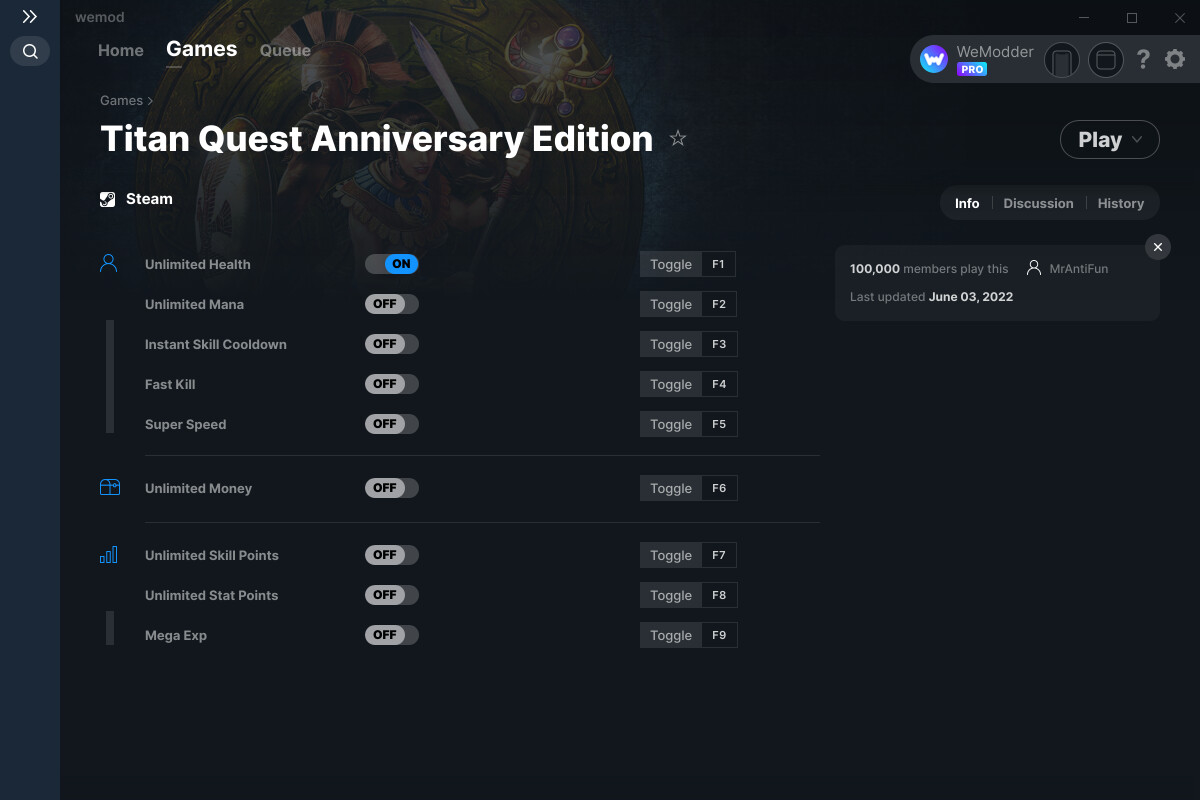 The Titan Quest Anniversary Edition cheats have been updated!

This trainer is not working since last week.
correction: it doesn’t work if you have two copies of the game installed. I removed my external hard disk and it works again now.

Cheat aren’t working, they are not active when I put them on “ON”

this cheat is not working.

Limited functionality with the Public Beta (which is required to play the game with a controller).
Unlimited Health, notably, does not work.

Do the cheats work? I heard from some players it doesn’t work a while back did it get updated yet?

Some do, some don’t. Instant skill recharge works. Infinite Experience works.
I’ve mostly been relying on a CE table for everything else.

Can this get updated to the latest version of the beta?

Cheats don’t work for it

This game needs a new update because a new expansion just came out.

Only unlimited mana, inst skill cooldown and mega exp its working for me

The Titan Quest Anniversary Edition cheats have been updated!

Hi!
I have Titan Quest Anniversary Edition version 2.10d GOG with all 3 DLC.
Can i have a working trainer for this version of the game?
Sorry for my bad english.

The game has been updated and many functions cannot be used. Please update the product in time.

Cheats are not working anymore for Titan Quest Anniversary Edition on Steam.

Nothing worked when I followed all the instructions here:

We're having trouble loading the cheats into your game - WeMod Support

What causes this error? This error may appear for a few reasons: you are attempting to use it in multiplayer or an unsupported game mode, you are running an uns