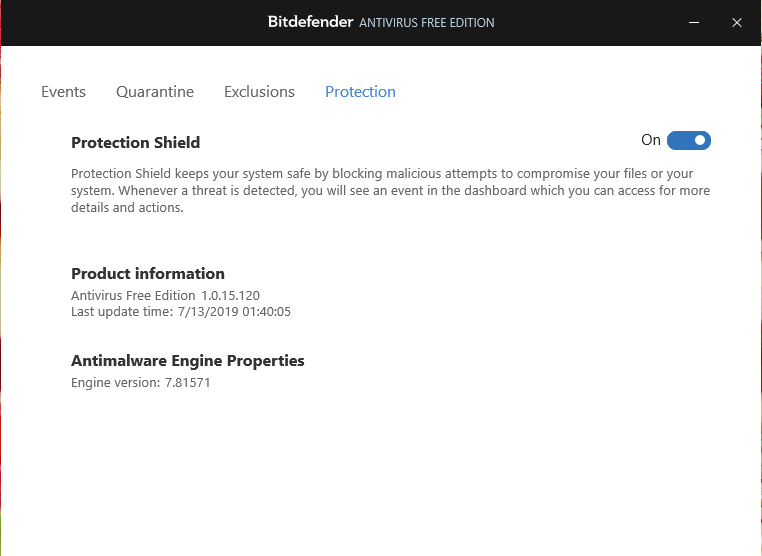 ok can u zip the files and give me the link to download it??

Click the ‘Exclusions’ tab. There should be an option to add files and programs.

so i should do the tutorial he posted right??

Yes, just do the steps that work with what you’re seeing. The guide Instinct posted is for the full paid version of Bitdefender. Since you have the free version, there may be different options and menus.

No problem! If you run into any issues or have any questions, just post here and I’ll try and help the best I can.

Make sure you restart your computer too makes a difference

Ok got it working then?
Have fun !!

Honestly, you’re better off getting rid of BitDefender and replacing it for something else. It’s just such a fussy problem-creator. Eats your CPU faster than a pack of fat wolves at a free McDonald’s buffet. Interferes with system restore, which is a critically important feature on every PC. And so on.
AVAST is decent, but don’t accept their browser add-ons because those are data miners.

Anyway, it sounds like your files have already been deleted by BitDefender. So:

where do i find the add or remove programs tool?

i dont have wemod there ._.

Then it’s likely not installed on your computer. So continue to step 2.

should i look at the how to whitelist wemod tutorial?

Yes, if you’re still using BitDefender you’ll need to double check that WeMod is whitelisted there after installing it.

This thread will help: How to white-list WeMod in BitDefender!

Good to hear that!

Glad Ravenfyre was able to help you solve this issue!