The last couple days Wemod has been playing the audio only for advertisements in the free version. There is no video accompanying the audio in the box at the bottom right of the Wemod screen anymore.
The ads are also played at a high volume with no way to quiet or mute them.

As far as I can tell everything is up to date for Wemod.

That’s strange. I’ve been using WeMod for free for a long time and can’t remember ever hearing any sound other than the activation and deactivation sounds from the trainer options.

What is your app version at the moment?
(Located at the bottom left of the settings page.)

If you are using a stable Version of WeMod, i would recommend to try the beta version. Available under the general settings. 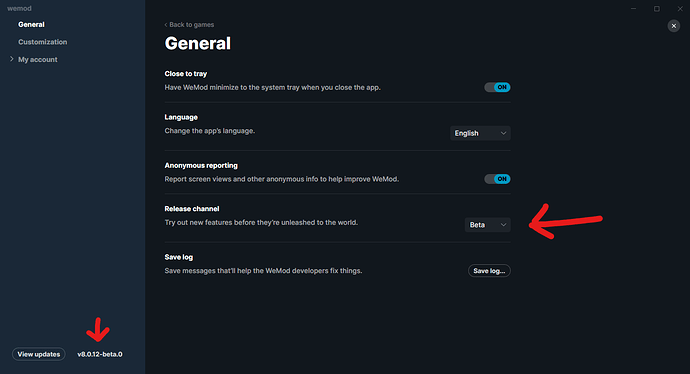 It would be nice to know if you still have this problem with a different version of WeMod.

When I first started using WeMod about a month ago, I never heard anything other then the activation sounds either. Then a week or so ago, the ads would start playing with video and sound, but I could mute them. Now, the audio just blasts for 30 seconds every so often.

I will try the beta and see if it still happens, thanks for the suggestion.