Aquatico Cheats and Trainer for Steam

This is the official discussion topic of the Aquatico Trainer and Cheats in the WeMod app. Please post any suggestions, bug reports, or praise that you may have for the cheats in here! 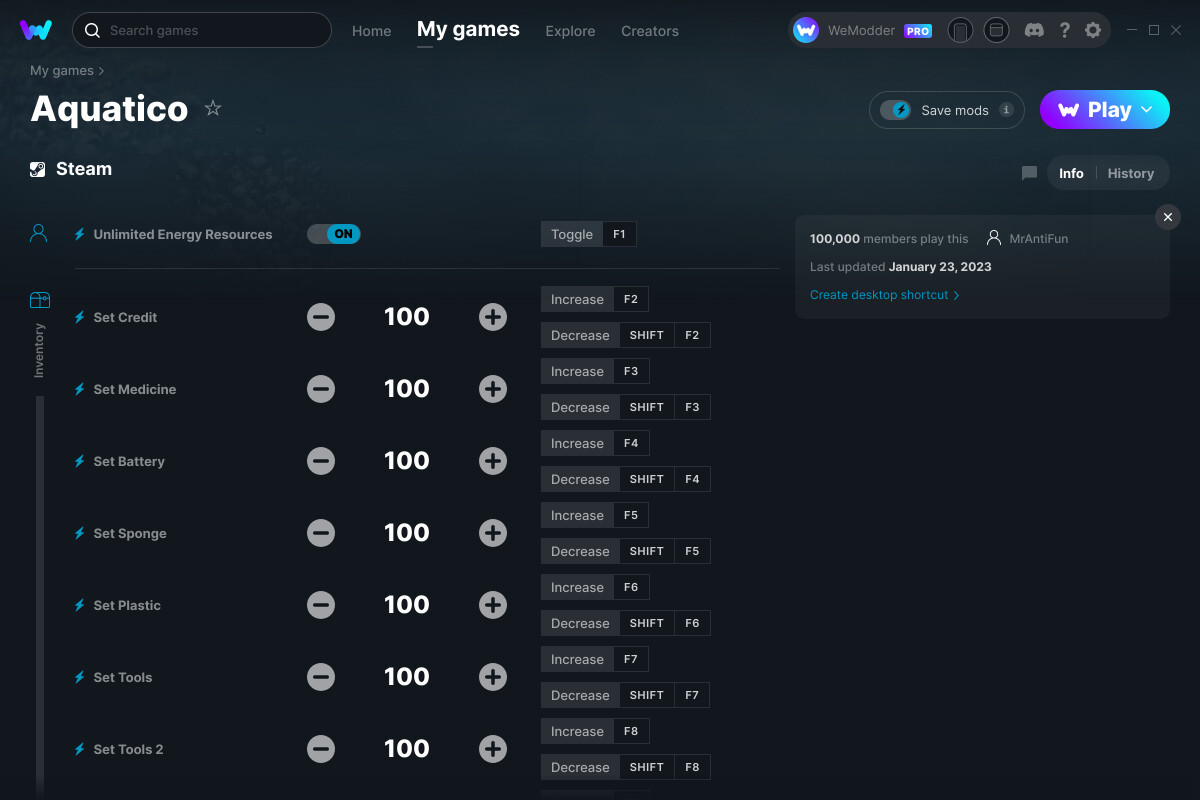 The Aquatico cheats have been updated!

Hi awesome work, however (WeMod app) won’t load the game for me at all, it just crashes… may have something to do with a ‘small update’ they had at a similar time to your trainer?

I don’t know why the cheat for adding quartz didn’t take effect, but the others have effect

Same here, finally managed to load the game (before additional WeMod update), for me, it seems tied to the default ‘hotkeys’ have changed the F1, F8 and F11 reloaded the game, but these won’t work for me, even though changed ‘in-game’ default hotkeys to be different keys.

Hope there’s an update soon, as it keeps stating the version may cause issues on the WeMod app Aquatico page, so it may be one update short still…

Thanks so much for the queued update

Being that Mr(Awesome)AntiFun must be very busy, just posting here for context.

The Aquatico cheats have been updated!

The missing Toggles would be a great asset in early game play.

Thanks so much for the update! The ‘all energy resources’ works for me now.

Sadly, the F11 (Quartz) still doesn’t work, even if changed to another key, (it was the default ingame for something, had changed that) but adding quartz is broken, even if I change the WeMod hotkey for it, and I even have like 7 mines, still 0 Quartz, which really bugs the game out, as in no quartz, no electronics, no light bulbs… so game grinds to a halt.

I realize it must be time consuming, great if the Quartz would work at some point though

Going to v1.005.5 - optimizations, improved pathfinding and a whole bunch of fixes