This is the official discussion topic of the Command & Conquer 3: Kane's Wrath Trainer and Cheats in the WeMod app. Please post any suggestions, bug reports, or praise that you may have for the cheats in here! 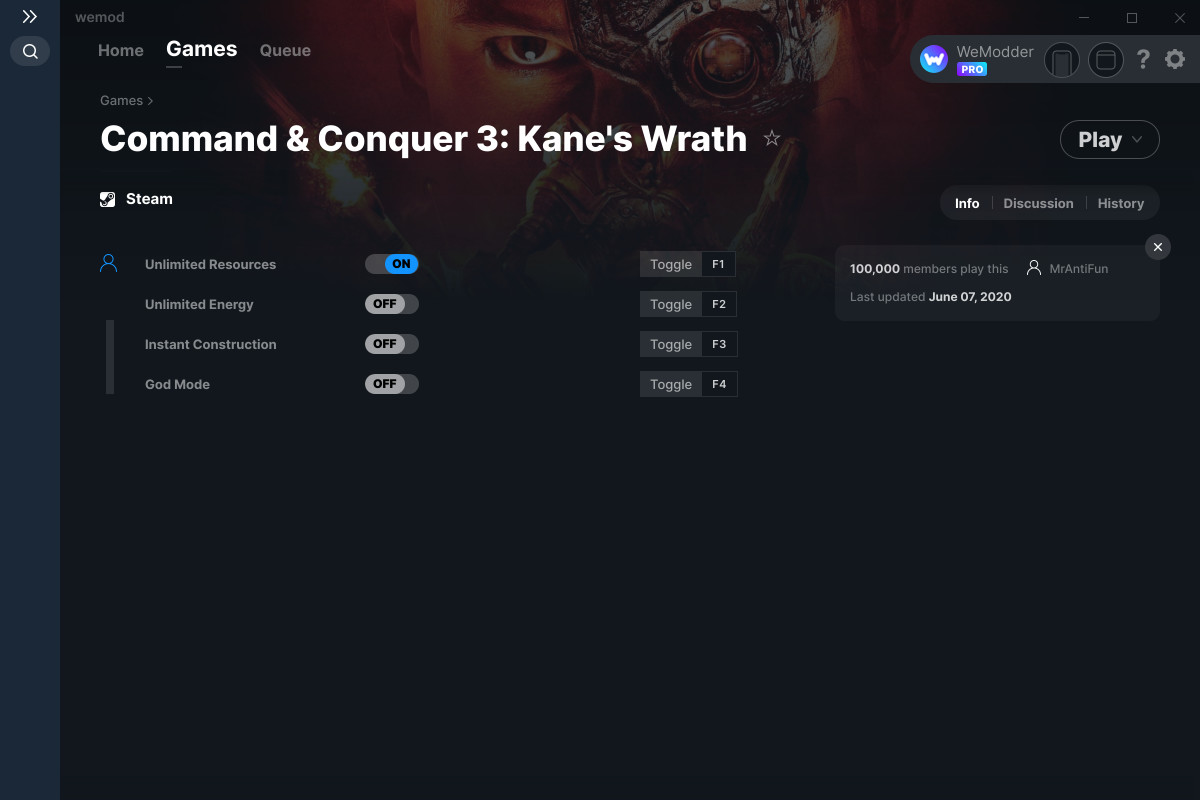 The Command & Conquer 3: Kane’s Wrath cheats have been updated!

Simply add WeMod and the triggered trainer as an exception in your antivirus program. It’s just a false positive triggered by the security we use to prevent the trainers being stolen by malicious third-parties.

Okay thanks but don’t know how to do that

Ah thanks for the help

doesn’t work with origin ? only the energy can be apply and it’s does nothing some help pls love this game

Welcome to the community @NightmareLord.

As the name of the trainer suggests, this trainer was designed specifically for the Steam version. Considering the game engine between the Steam and Origin versions would be slightly different, the Origin version would require its own separate trainer.

You can vote for an Origin trainer via the WeMod desktop app: 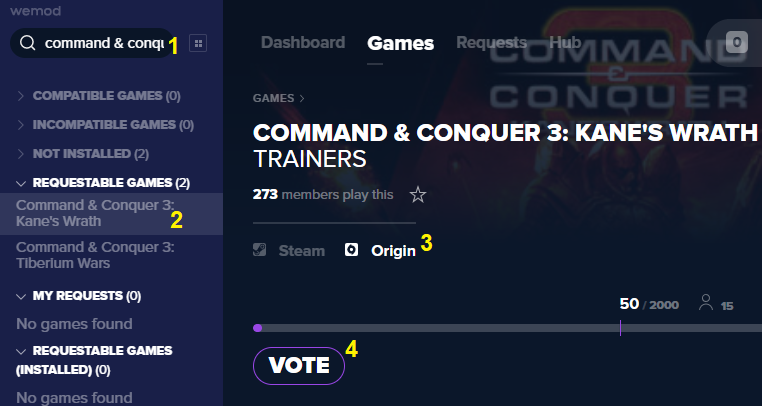 Please do bear in mind that Origin is not a very popular launcher. Note in the above screenshot that only 273 of WeMod’s members have the game on Origin. Maybe there’s a chance you can get a refund from Origin and buy the game on Steam instead?

i’ve just took a look a second ago and come back to tell you thas i’ve found the origin panel XD , you’r quicker than me anyway thank for the answer

Using the app it says its having difficulty downloading cheats, try again later. Will not work.

God mode doesn’t work on most Nod and Scrin infantry, including their respective subfactions.

Also, the app seems to be having trouble downloading this specific trainer. Which is weird, as I was able to use it before just a couple days ago.

So I’m trying to use F1 to toggle unlimited resources but the toggle just refuses to stay active. It’ll activate and then immediately after it’ll disable/deactivate again. The only toggle that works is just unlimited energy. The other 3 do not work. KW version 1.02, C&C3 version 1.09

Seems that I was wrong. The trainer works perfectly on the standard maps. It seems new maps are the issue that causes the game to crash.

Good day, would it be possible to sell buildings so that they disappear while in god mode? The building just stands there like an empty husk lol. If so, would someone mind doing an update for that please? Thanks if possible!

Good day, would it be possible to convert it to origin cheats doesnt work for me on steam