This is the official discussion topic of the Crusader Kings III Trainer and Cheats in the WeMod app. Please post any suggestions, bug reports, or praise that you may have for the cheats in here! 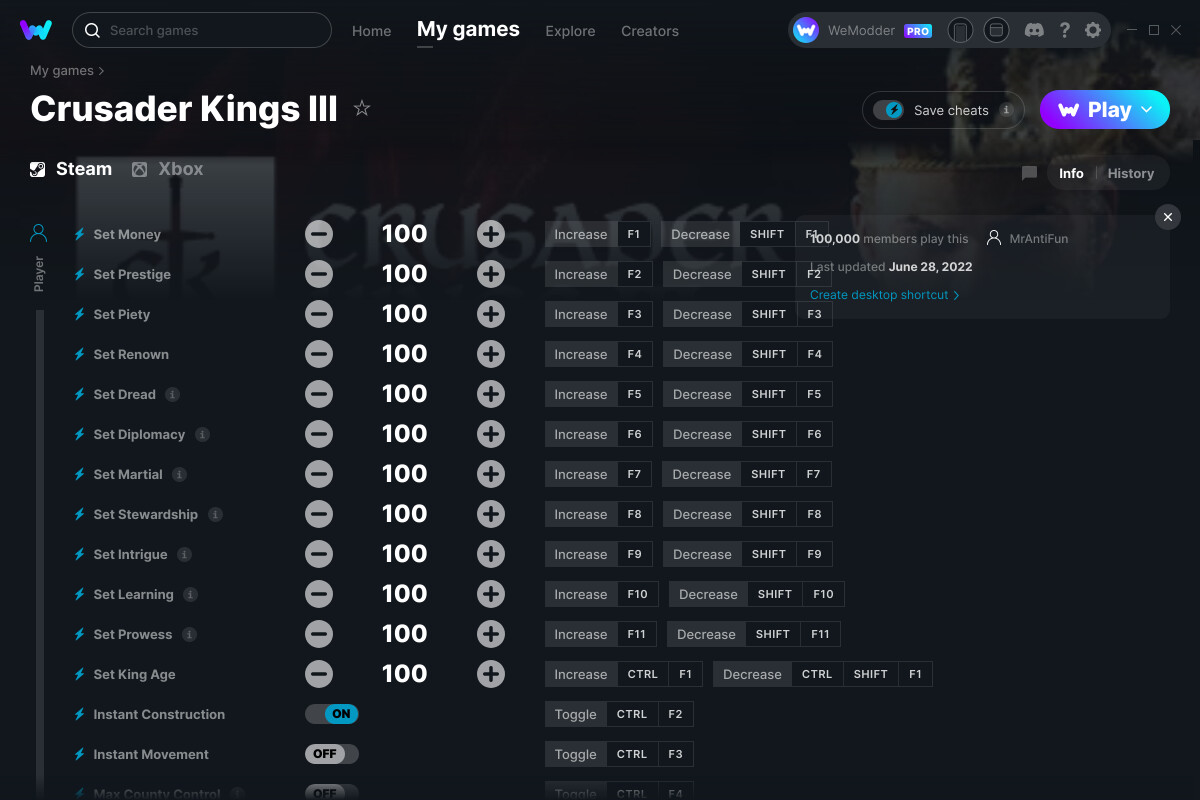 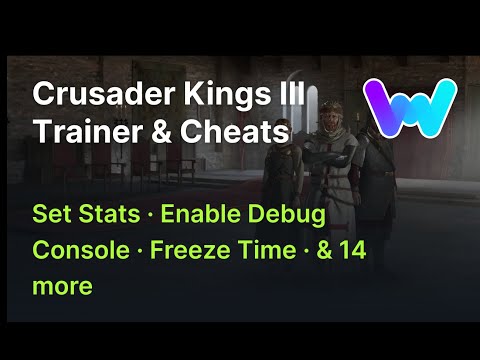 When hitting play, it pulls up the launcher but wont register the game is playing even after launching. Is there a fix for this? I cannot fine the .exe if that is the issue with it loading.

Everything works great thanks!
Just one thing with the instant movement. It works most the time, but some times it seems to get stuck where your army can take 200 years to get somewhere and basically never complete a movement.

Ive tried waiting until on the main menu then enabling in the wemodapp , still doesnt seem to work. It auto brings up the paradox launcher, choosing either play or continue ends up with the wemodapp saying “we’re having trouble starting”.
I did notice that crusader kings had a store update waiting when i loaded it up. Maybe the new update is the issue to why wemod isnt working.

Same problem here. WeMod starts the paradox launcher but doesn’t recognize the game when the game starts. I’m having a problem to find the .exe because for some reason this windows game doesn’t allow me to open the game folder.

I have the same problem. I found the .exe but still the game does not recognize that it is running.

Try and start the game first , then when game is running alt tab out then press the play button after , click back to game then activate the cheats

I have already tried several times, but it always opens the launcher again … and also when I press to play, it opens the game again in a second window

me too i have try everithing it does not work.

Does not work, have tried everything, run as admin, before start of game, at menu and in game, nothing.

everything worked great 5 hours ago. I played for 2 hours and everything was ok. Now, unfortunately, nothing works :(. The application keeps crashing - We having trouble starting or finding your opened game

Give it another try after refreshing the page (switch to another game and back). I just changed something that may fix it.

Yeah im still not able to get it to work, it just keeps popping up the launcher over and over before saying it cant find the game (Edit) it also says my game is out of date and i just updated it too

Yes it work guys i was playing wasteland then change and it work.

Still not exactly sure what your asking us to do. I have had two games running and switched between the two and nothing changes, still just either cant find it running or pulls up another launcher