Hello, So I had recently installed Jurassic World Evolution on the epic games Launcher. But to my surprise it says I’t says It had not found the game. Any Solutions? 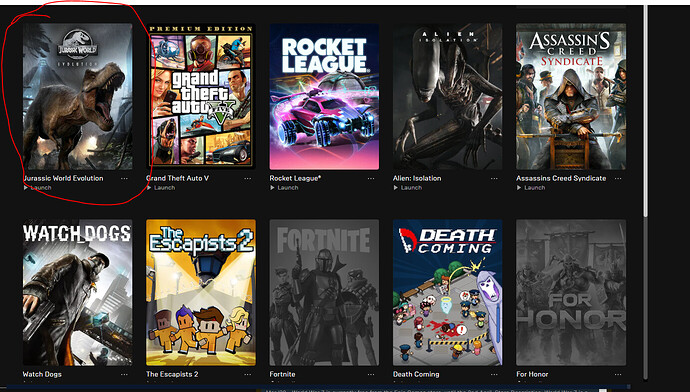 Have you tried adding games localization manually? Just search for the game in WeMod app - go on specific trainer page and in place where you’d normally find “play”, there should be something like “fix” - push on it and the field below should appear - drag and drop your .exe file on it - you should be able to start the game via wemod from now on normally. Hope that helps - I’m myself new to wemod so I don’t know many things about it yet, but hopefully we can figure it out.

If you don’t want to wait you could try @Hegenox’s way but that isn’t always a sure way to make diffrent store trainers to work as Steams and Epics games are sometimes a bit diffrent.

There currently is no Epic Games trainer for this game, just a Steam one. All trainers need to be voted on by the community to be made via the WeMod desktop app.

Please check the WeMod desktop app. Since the 2nd January, it shows that the Epic version of the trainer is in the queue to be developed when the trainer developer is able to do so. 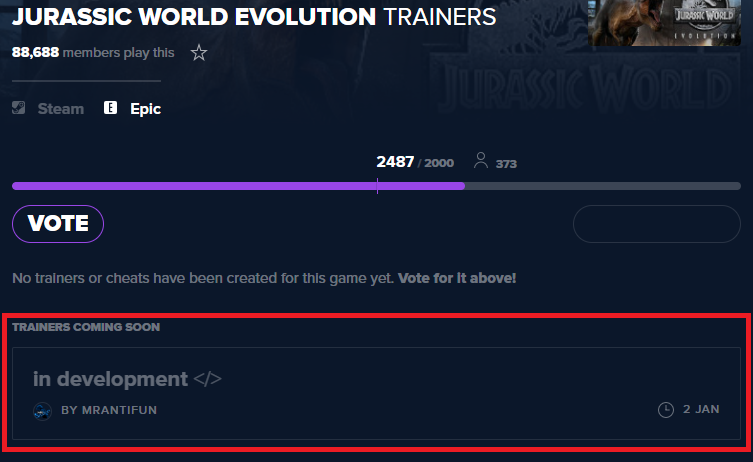 This topic was automatically closed 6 hours after the last reply. New replies are no longer allowed.