This is the official discussion topic of the Farming Simulator 22 Trainer and Cheats in the WeMod app. Please post any suggestions, bug reports, or praise that you may have for the cheats in here! 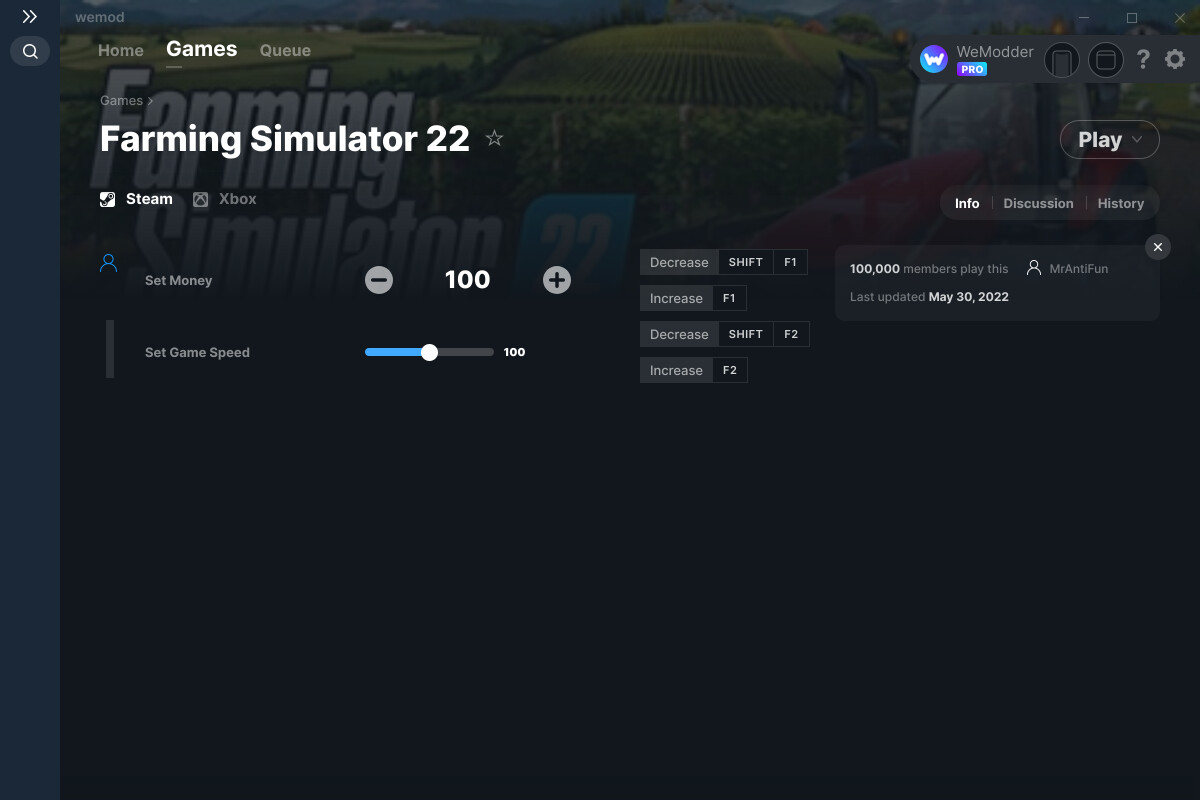 The Farming Simulator 22 cheats have been updated!

I’ve just tested it myself, I am also using the Xbox version on Windows 10, the function itself works fine (increase with F1 and decrease with Shift+F1) and left it at 2m~ but I believe you’re referring to the Pro features which I do not have.

Came here to post after seeing that the Xbox version of the game was listed as ‘Unavailable’ and tested both functions and found them working fine.

Nice, will look at this.

“Set” button next to the money slider doesn’t work, says I need to upgrade to Premium to tune cheats without keybinds, which makes the money cheat useless. Best fix would be a separate button to apply money, which has been done before on other games.

The set button is automatically applied with the hotkeys.