GRIME Cheats and Trainer for Steam

This is the official discussion topic of the GRIME Trainer and Cheats in the WeMod app. Please post any suggestions, bug reports, or praise that you may have for the cheats in here! 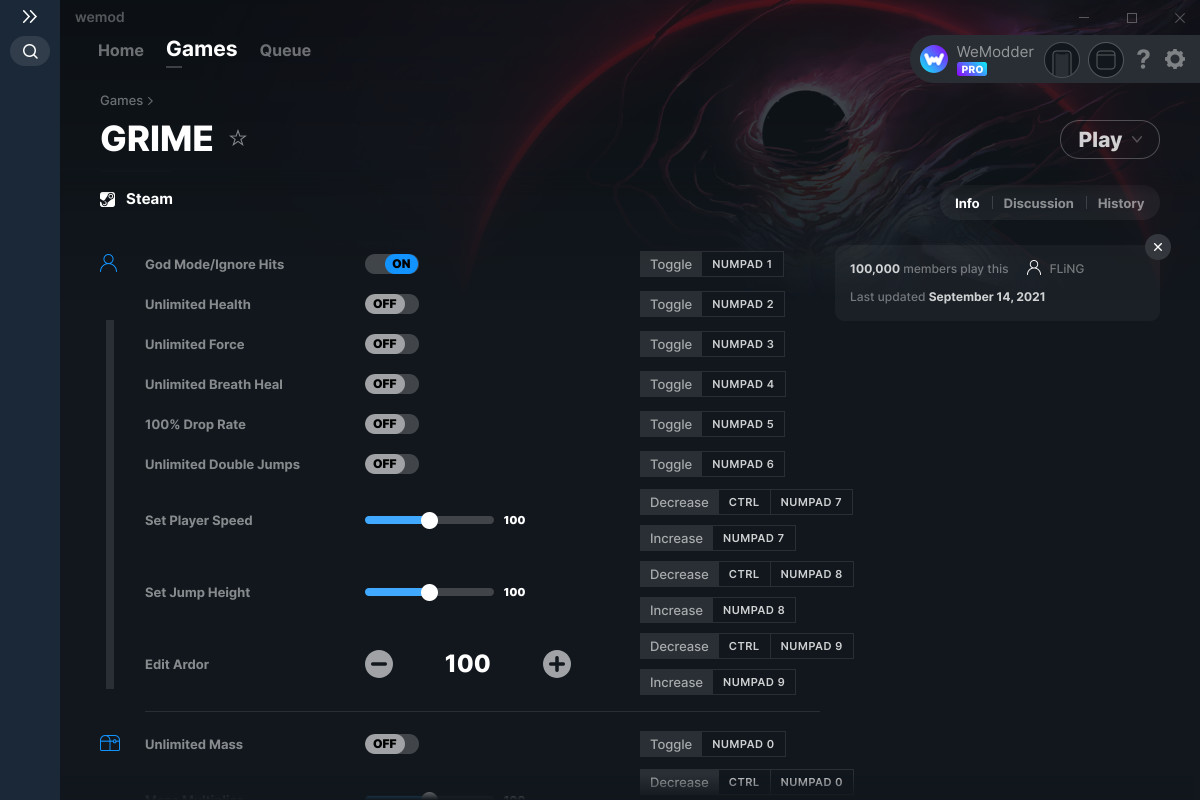 That aside, amazing job as always FLiNG, thank you!

Welcome to the community @DovahDude.

WeMod does not actually touch the game in any way at all. Trainers work by injecting code into your PC’s RAM, that’s it.

There are dozens of causes of crashes, the majority of which are hardware related. Including but not limited to not meeting the required specs, outdated GPU, overheating, not enough RAM, memory leaks, faulty power supply and so on.
They can also be caused by corrupted game files (easily fixed by verifying the game files via the launcher), viruses on your machine and using cracked versions of games.

Please don’t jump straight to the conclusion that it’s because of WeMod, when there are dozens of unrelated causes. Eliminate the causes listed above and let us know what error messages you get.

I’m unfortunately not able to get some of the unlimited “Player Mods” to work. When I try to use Unlimited health, force or breath heal, it immediately turns back off

Edit: just tried activating them with the app and they worked…