Grounded Cheats and Trainer for Xbox

This is the official discussion topic of the Grounded Trainer and Cheats in the WeMod app. Please post any suggestions, bug reports, or praise that you may have for the cheats in here! 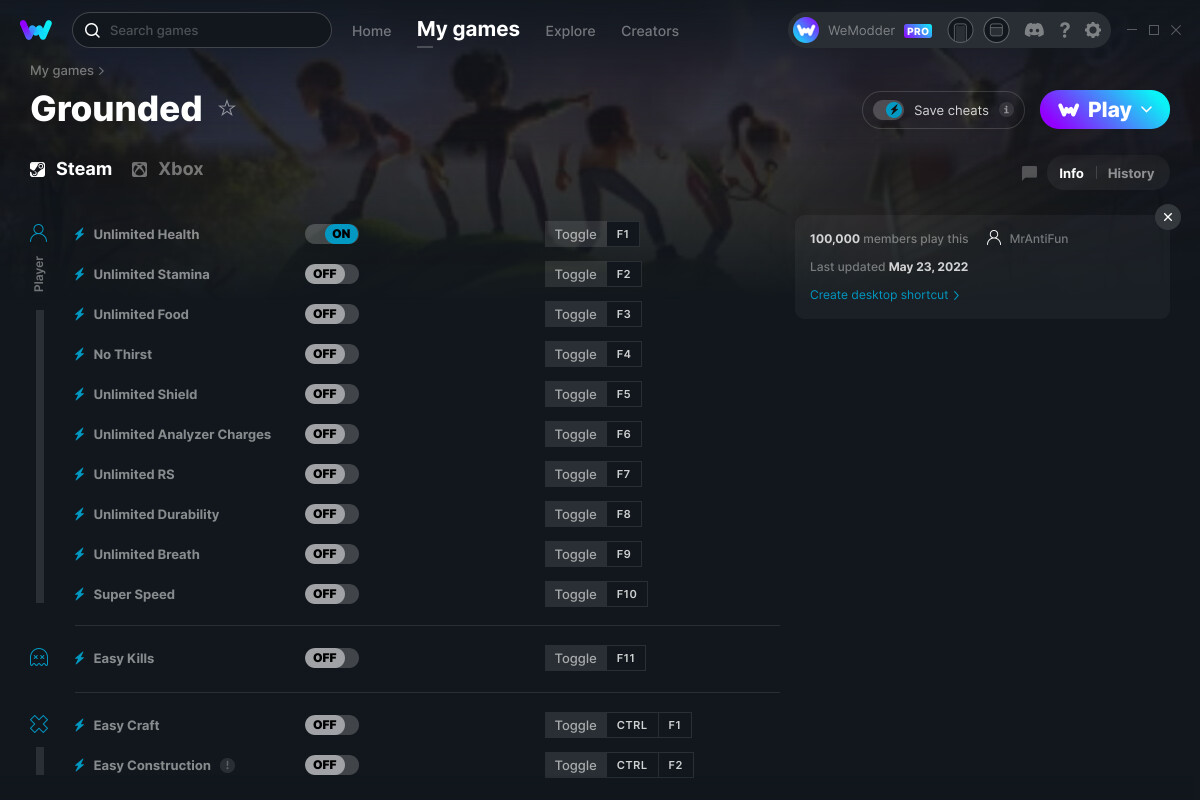 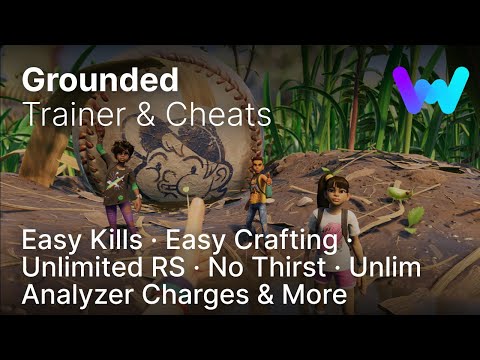 The Grounded cheats have been updated!

will you be able to make the mods for steam?

Does this work with multiplayer?

WeMod does not condone cheating in online games nor does it provide the tools to do so.

To cheat in online games, you need hacks, which are illegal, not trainers.

I’m currently unable to launch the game from WeMod. When I go to set up a custom path, I have found three .exe files and none of them are linking the game and WeMod together. Both will launch the game but WeMod tells me that it had issues connected to the game. Do you know which one specifically is meant to link up to?

See if you can start the game first from where you bought it from then wen you are in game alt tab out then press play button in wemod after. Usually works like that

It unfortunately does not. It will ignore the game that I have open and instead, will open a new instance of the game. I will uninstall and reinstall the game to see if that does anything.

Edit: uninstalling and reinstalling did nothing. Not sure if it is worth mentioning but I did buy the game through Steam and all other WeMod Trainers don’t have this issue with my other steam games

Edit 2.0: I now realize that this trainer is for the windows version of the game…I will wait patiently for the steam version

you guys are the best TY

I’ve got the same problem as FusedByFire unfortunately

Now i feel dumb. @Skaw-X this trainer is for the Windows Store version…

Thanks again, Mr AntiFun, you are awesome!!
I found a few minor problems,
I am not sure if it was because of the trainer that BURGL, the robot, has vanished. I cannot find him anymore.
Unlimited Durability only shows your weapon/armour for 50% intact and you cannot repair if you want to. Does this also apply for torches?
Unlimited Food( No Hunger?) only works good if you still eat something, otherwise it will still lower.
Easy Crafting still needs some resources,
The other codes work very nice, maybe you could make a code for Unlimited Items and Unlimited Storage and Ammo?
Thanks again!! You rock!

I also found that Easy Craft does not apply to buildings, only things that you can make in your inventory and workbench.

@FusedByFire. @ItalicRegent46 Yes this is for windows store version If you have the game from steam then it probably wont work.
Didnt see your comment till after I posted this

I have the same issue with all of the WeMod mods with windows versions. I believe it may need an update or maybe we are missing a step. But I hope soon they will shed some light on the matter.

thankfully, it come on the Microsoft game pass so i guess i “own” both versions now

When you update this and the Steam one, could you look into unlimited breath while diving?
great job as always tho!

This version is made for the Microsoft Store Version. Aka Dosen’t work on stream