The reputation features caused issues for me at the quest “Baptism of fire,” made me friendly with the bandits so they would not attack me and counting them as friendlies making the quest impossible. Would only work once i reloaded an old save and not use the cheat once starting the quest. But makes you wonder if it could lead to other bugs. (Also bugged the encounter with Morcock, if choosing to take a agressive dialog option, would just end in the bandits running away)

Unfortunately that is a side effect of cheating in some games. It’s something we dirty cheaters need to learn to live with, because the trainer makers can’t change how the game works.

Infinite perk points dont seem to work for the main level points. Rest of them works tho

Hey could we get a trainer for the Epic store version please.

You need to vote for an Epic Games trainer via your WeMod desktop app.

Excuse my shabby Microsoft Paint “skills”. As you can see (the purple tick by the vote button) I have voted too.

haha way ahead of you

It still works, you just have to add the location of the exe: C:\Program Files\Epic Games\KingdomComeDeliverance\bin\Win64MasterMasterEpicPGO + exe file

maybe the best would be to remove it, reputation is easy to get if you have all the cheat perks and skills

Init of EOS has failed

As far as I’m aware, Licence not verified - INIT of EOS has failed is commonly caused when you try to launch an Epic game via Steam (from your non-Steam game library). Epic and Steam hate each other - the reason Epic exists is because of game developer’s frustration with how Steam works and how much Steam charges developers to have their games on Steam (they’re getting greedy).

Make sure your path to the game’s executable is correct by clicking the arrow next to the Play button in WeMod.

If you want to try and get the Epic version of the game to launch via Steam:

There’s no guarantee this will work.

neither worked so i’m gonna wait

I play the mod on steam i was on baptism of fire fight there is somebug
Is there some sultuon ? 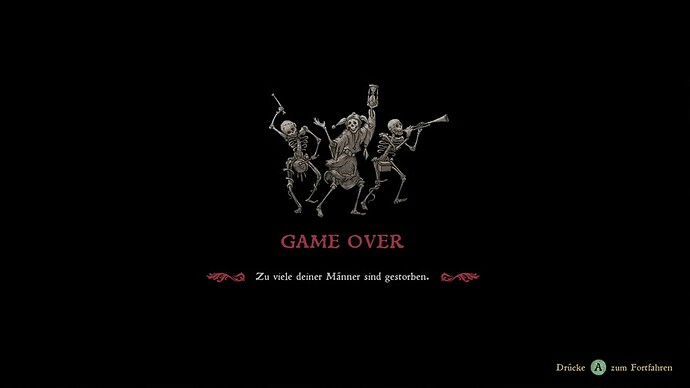 Which trainer are you using? The most recently updated one is by STiNGERR which has 13 options: 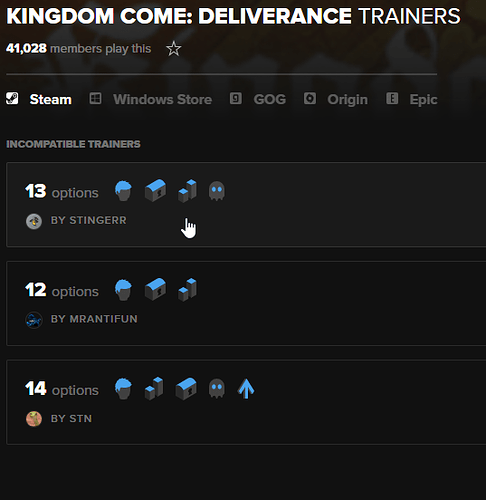 Can @ptondo merge this with his post he created in the Kingdom Come: Deliverance thread? Thanks

I use by stinger

I use the stinger version with steam version of game. Max rep does not work. Rep still drops. I load save game, tab out to wemod enable cheats tab back to game.

Same here i use the stinger version, Max rep dont work otherwise everthing i tested is fine.
Please make it work , because rep is a real pain in the ass in this game.