This is the official discussion topic of the NBA 2K22 Trainer and Cheats in the WeMod app. Please post any suggestions, bug reports, or praise that you may have for the cheats in here! 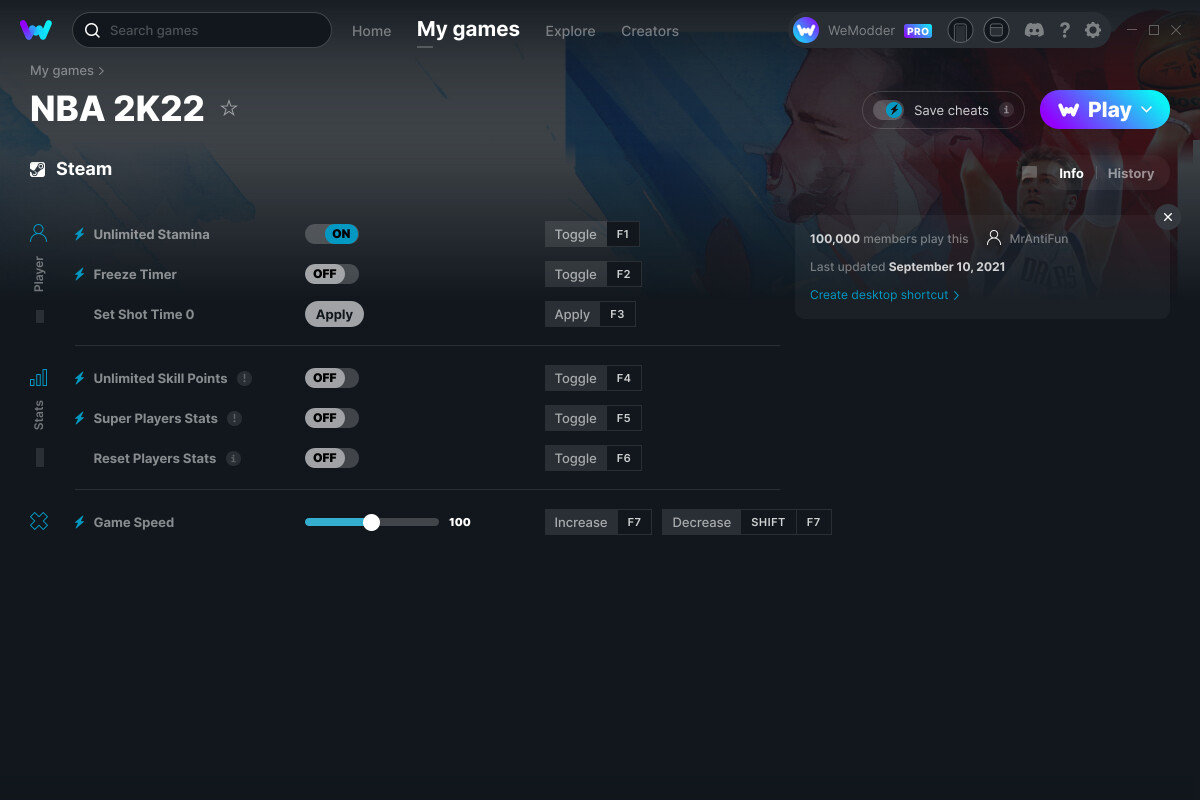 The NBA 2K22 cheats have been updated!

Super player stats is just an increased chance, not a guarantee.

is there a reason for that ?

Is this cheat work in neighborhood/mypark games?

You guys should really make this open source or something, super player stats literally affect the whole team instead of just MyPlayer. There should be a way to find your MyPlayer and affect just your player not the whole team

Will i get banned for using this like if i use it in my carerr then close wemod then play park. i know it didnt get me banned on 2k21 but is it the same for 22?

I don’t think you can.

Just got banned , i started using Wemod yersterday , along with cheat engine in mycareer to get 5000 vc a game

I’m pretty sure you got banned because you used Cheat engine along with WeMod, increase the number of VC you got by playing matches got me banned on 2k21.
Is it safe to use WeMod just for farm points, doing greats scores and then play the neighborhood/mypark or i’m i getting banned?

i think they dont have anti cheat they only notice suspicious vc changes thats why they ban you when you use cheat engine.

I hope it’s true that they don’t have anti cheat , I will buy another 2k22 and only use wemod to farm the vc instead of the cheat engine one

Aren’t you cheating them vac when you do those 70 pt game and skipping them using wemod and thus only spend like 2 min per games ?
Winning like 1500 vc lol

but does the wemod making ur playing having the best FG in the league ( i got 100 lol) makes them bans you ?
Cause they will see that ur fg % is unusual