This is the official discussion topic of the Prey: Mooncrash Trainer and Cheats in the WeMod app. Please post any suggestions, bug reports, or praise that you may have for the cheats in here! 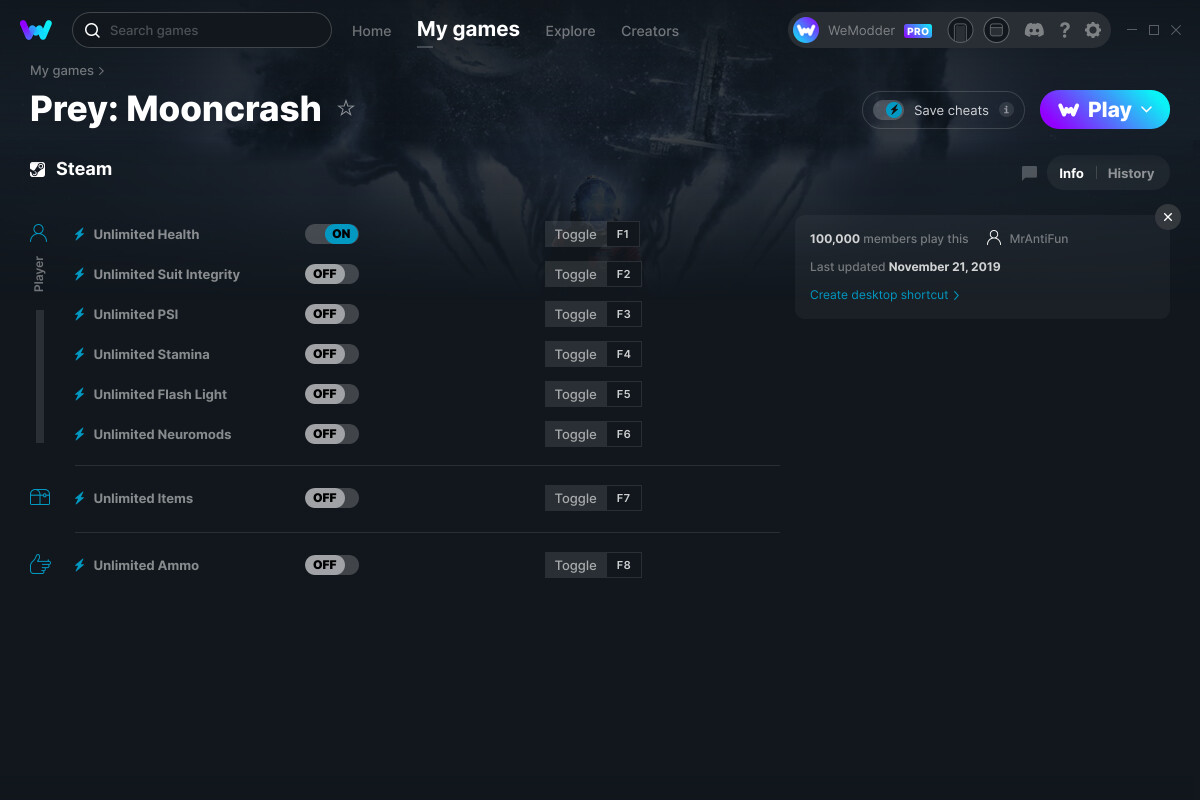 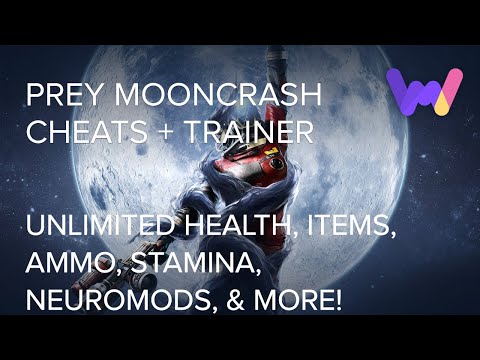 The Prey - Mooncrash cheats have been updated!

It works fine I suppose. however there is one major problem I am facing.
When I spawn my character into the game, the client crashes. “File could not read” it says.
I really appriciate for choosing this game to be modded.

Does it crash because of a certain cheat ? .

Continuing the discussion from Prey - Mooncrash Cheats and Trainer for Steam:

Yes they do switch off. At first I thought it might be scripting but this seems random. The client says the cheats are still on but damage still happens. Resetting the cheat fixes it. I’m seeing this in Health obviously. I also noticed that the Neuromod cheat should only be used when upgrading and then turned off again. I was getting random crashing with it on all the time. Mainly during combat. Lastly, Unlimited Items works for ammo but differently for throwables. I did almost an entire mission with a Typhon Spore in my hand but when I changed weapons I had no spore left. I only had 3 to start with and they were gone in the first five minutes. And, if you get your hands on two Time.Loops you’ll have an unlimited supply.

Just to clarify the Unlimited Items part. If a throwable is bound to a key and you use your supply of that item the inventory will ‘sometimes’ show that item with a zero total and sometimes with a 999etc. Either way, as long as you had two of that item to start with you can keep using it.

The Prey - Mooncrash cheats have been updated!

Just to update people i may be the only person, when the cheats are activated in game as soon as i go to the character weapon selection (circle) it crashes the game and theres a read memory error 0x00000000000.

i have the same issue, also when entering teleport points or returning to the chamber the game crashes @MrAntiFun

it is impossible to advance in the game, without cheat you die very fast and in the current form the game crashes when starting with the second character and you do not walk 1 meter without crash!

Is it possible to get a version of moon crash for epic? If not all good, y’all do fab work all the time!

I Second This Need one for the epic version

i also want the epic version!!

Another request for an epic version.

Sadly, because it uses a DLL, I can’t even see if the steam version would work.

Agreed, needs to be available for Epic Games release
Thanks in advance, sir.