This is the official discussion topic of the Ranch Simulator Trainer and Cheats in the WeMod app. Please post any suggestions, bug reports, or praise that you may have for the cheats in here! 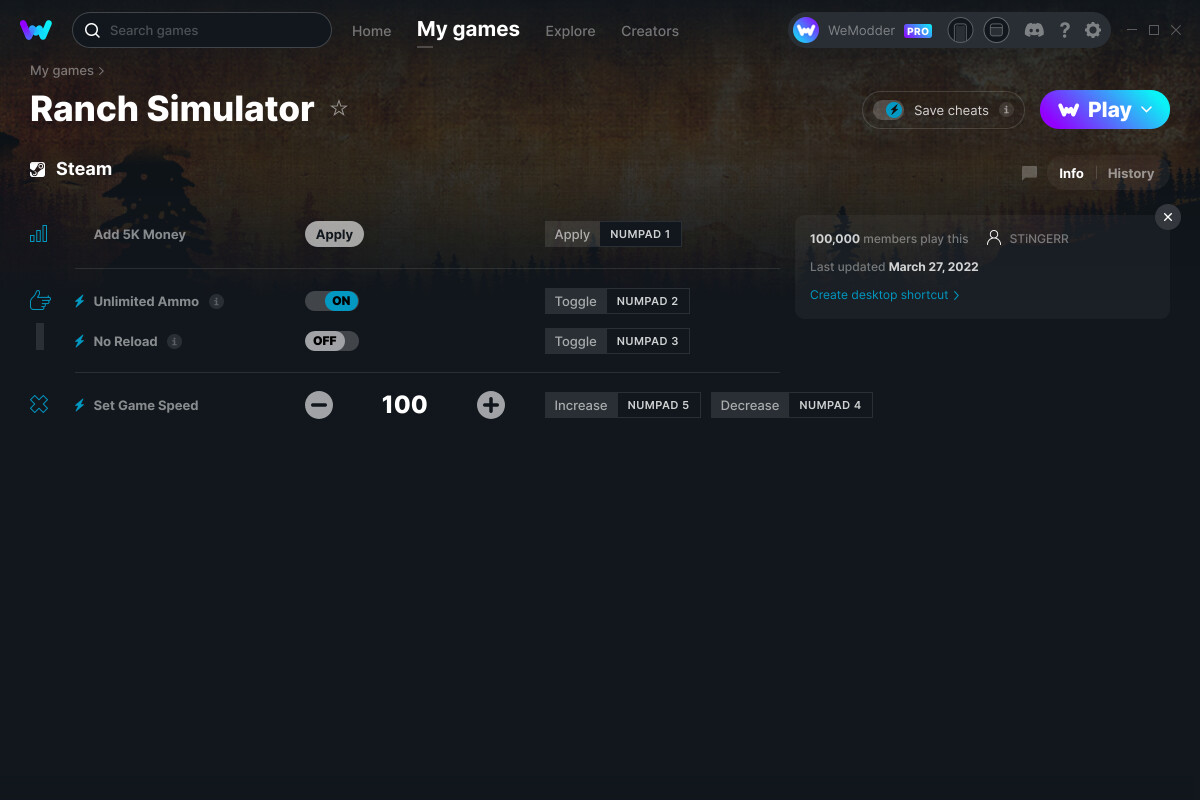 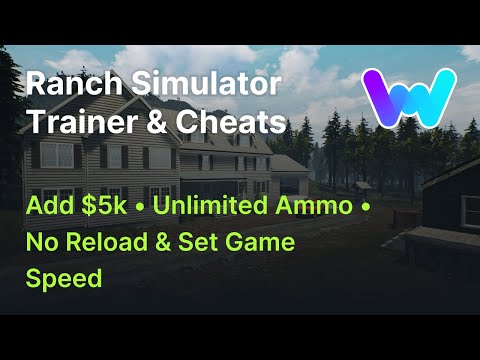 Trainer not working at all. No reload goes blue but greys out instantly. Money cheat doesn’t apply money even in the store menu.

Are you using the steam store bought version of the game ?
Using it only for singleplayer? Wont work for multiplayer

Yep Steam version and I don’t open my game to multiplayer unless there’s an entirely different option for singleplayer? I just made my Rancher and clicked continue to start the game.

Not working for me either

STiNGERR thank you for getting this mod added!

These cheats have been working great for me since this was released when playing the stable version of Ranch Sim. The current unstable branch of Ranch Sim is crashing, but it’s difficult to tell if the cause is the recent changes made in the game or the mod.

For anyone having issues that’s playing the stable version of Ranch Sim, here’s how I’m running this mod: I launch the game from Steam then I start the mod once I’m at the main menu.

For the additional money cheat, press the key bound to “Add 5K Money”, then going to the in-game menu to see it take effect.

The unlimited ammo and no reload cheats also work really well. It sets the loaded ammo at 9 and then drops to 8 bullets after the first shot, but doesn’t go below that. The max available ammo appears to be capped at 99. I’ve not bought any additional ammo from the general store to see if that cap can be increased.

As of 4/27/21 Trainer is working good, have to refresh money by buying something and if you click the max ammo twice it will crash the game when entering a vehicle, which is understandable. only thing I can think of that would be amazing would be a stop time button. help with getting tasks done at the stores before closing.

Has it been working? What are you doing when it crashes?

Sadly the cheats aren’t working for me too in single player mode.
And the game crashed while playing after 10 minutes…

how to play solo ? I don’t think I’ve seen or multiplayer / solo option. I just launched the game

it was working ok, but since the April update seems to have stopped working fully, the No Reload now crash’s the game, unlimited ammo puts you at 99 bullets, but the No Reload didn’t use bullets up before anyway, the only problem I did notice is that it gives the handgun 9 bullets instead of the 6 it should have, didn’t try the set game speed as don’t have enough time in a day as it is lol

no reload crashes the game

There’s been a huge update which reset progress for everyone. I’m guessing none of these cheats work now.

All Cheats are working for me

but game crashed after i got into the car

Good to know, thank you!

Same thing happening to me. only get a few minutes in and it randomly crashes.