Change Log:
1.0.0.1 - Fixed an error where the editor wouldn’t recognize saves that didn’t have the XL expansion due to a recent title update. 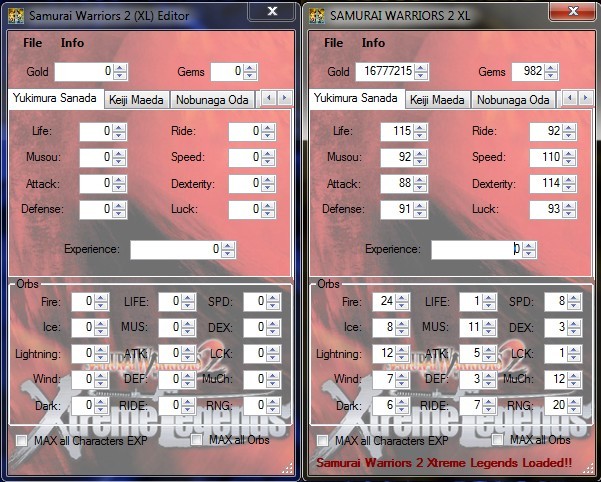 Updated the editor that fixes some loading errors for some users.

It is nice to see that you fixed that issue with the old editor.

It is nice to see that you fixed that issue with the old editor.

I’ve been meaning to get around to it for quite some time now but other projects were piled on. Well, that and I never had a save that didn’t have the vanilla Samurai Warriors 2 but with the latest title update in order to fix it – until I fixed an old secondary 360 and tried it that way and with a couple of test saves.

Thxs for this! Will use it tonight!!