Sheltered Cheats and Trainer for Steam

This is the official discussion topic of the Sheltered Trainer and Cheats in the WeMod app. Please post any suggestions, bug reports, or praise that you may have for the cheats in here! 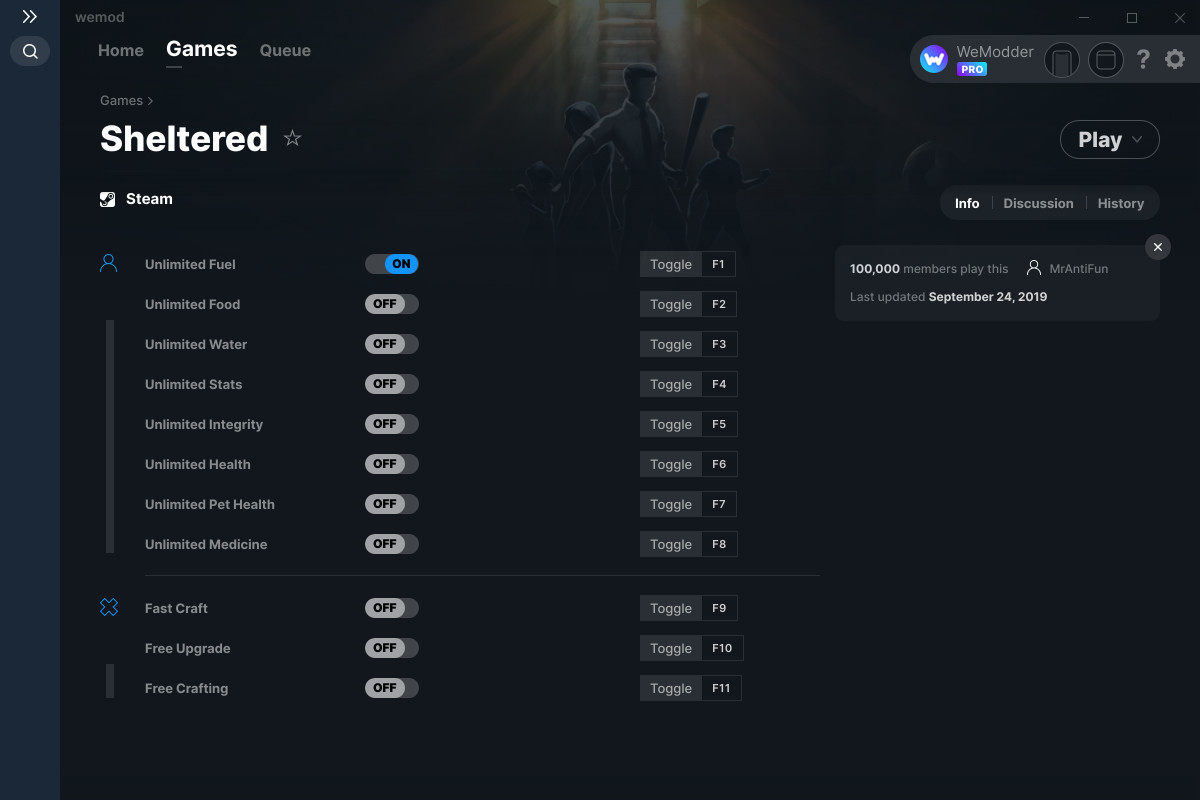 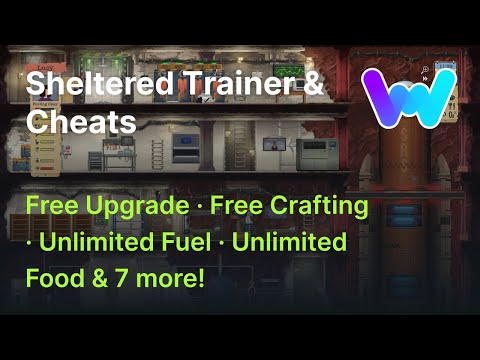 The Sheltered cheats have been updated!

The Sheltered cheats have been updated!

health cheat doesn’t seem to work both humans and animals

Water, health, fuel does not work, not sure why. They start up, but then they turn themselves off a few seconds after.

Hi there! Just wanted to let other people know this trainer only works for me if I start it while still on the game’s title screen. For other people having problems with it maybe try that?

I am having trouble with after doing an exploration, if i try to add items to the shelter the game stops responding

gets stuck in transfer screen after coming back from expedition. Stuck on the yes/no options when done transfering. Can’t continue game.

can we get the Epic Game Store Version of 64-Bit?

I found that only way Sheltered cheats work, is use once but fuel cheat doesn’t work properly in survival mode, it might work in campaign mode.
You can’t use fuel/unlimited water on setting out. Your game crashes if you do this.
I noted you can use unlimited stats on that mode makes your party able survive mode as long you utilize exercise boxing strength/dex and have enough water before going out. Utilize craft means it allows you craft tools without materials.
Integrity cheat works

Issue I have is feeding pets why is there running out food? Seems kind of cruel.

In sheltered you can’t make a car/ tame a horse or tame a dog? its always a rv? which is clunky and could get raided by raiders make no sense to me. Why not tanker, and then make structure like town with other survivors?

In Sheltered the game only gives you 4 levels so space is limited. You can’t ever utilize making space top-size? Integrity cheat doesn’t work on solar panels some strange glitch on incinerator it doesn’t use coal when I put 4 coal in the incinerator to burn and 44 HRs gain another fuel source it glitches. I think possible fuel cheat was in use as well.

I think developers missed bucket elevator or something smaller rope elevator it might worked grow people have strength as went up and down the levels. It take up less time make then ladder. Rope ladder would been more effective hidden if the bunker was attacked keeping people inside safe from invaders? Poisoned tanks? I had so many crazy ideas when I was thinking about it it just annoyed me that the game allows a defeat to occur.

Mr.Antifun When you made that cheat Integrity base for certain items I was able survive one worst defeats possible which I found odd, I played without cheats then I played with I found difference. I mean I noted that without, in campaign game with Mother and Son they lived lot longer with cheat in use but if I hadn’t I would watched Mother turn into zombie again. Nearly die and I think I have replay it again. But still thank you for that cheat it made me rethink different game plan. I have remember use stat one as well It mean mom and son will have go without sleeping hint to other people who aren’t using it that cheat is so useful.

Is it possible to get an update for Sheltered on Steam?? Unlimited Food, Water, and Meds no longer seem to function and Integrity and Pet Health work once in awhile. They worked the first time I used them and then didn’t work the next day.

I would like this trainer to be updated whenever possible. It is currently not working properly and causing the game to be quite buggy. Thank you.

We need an update on this trainer pls!