Surviving the Abyss Cheats and Trainer for Steam

This is the official discussion topic of the Surviving the Abyss Trainer and Cheats in the WeMod app. Please post any suggestions, bug reports, or praise that you may have for the cheats in here! 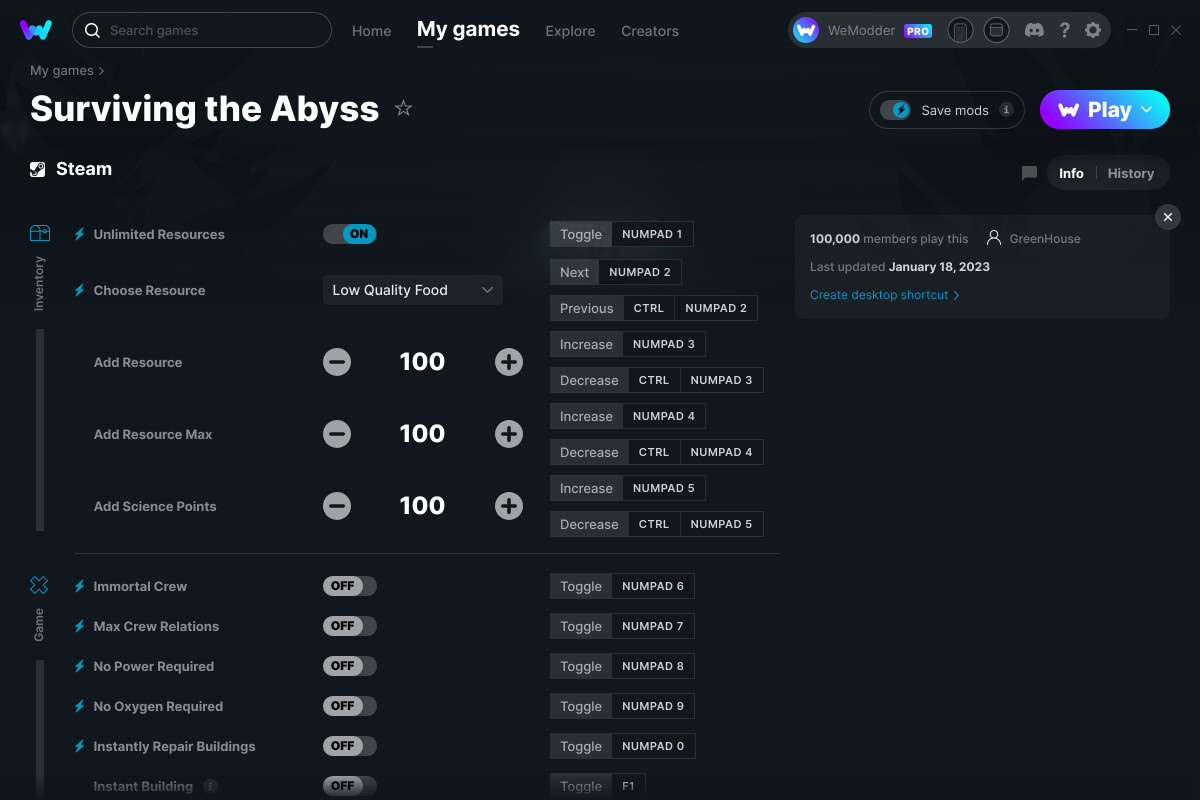 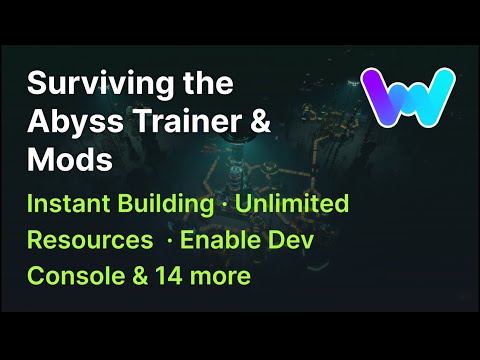 Food both basic and higher quality amounts being locked would be great, along with crew moral, stop people dying from old age and perhaps a toggle for producing scientist or engineers when cloning…

What else… preventing those farming tiles from becoming depleted? That said there is a bug where if you remove a building from one that’s not depleted it will mark it as depleted and unusable… so could result in some crashes if you magiced it.

All of those except for the farming tiles, are already done and being added into the app. It should be done in less than an hour.

The Surviving the Abyss cheats have been updated!

The game crashes instantly after the trainer’s activation.

Game still crashes upon trainer being activated, new patch for today as well.

Launch the game through Wemod launcher

i start the game through the wemod launcher and start a new game, i didnt activate any cheat, and the game are freezing. i cant move through the map, cant build or somethingelse

I started playing through the game with only the no power required cheat on and noticed that some buildings crew buttons don’t work and I can’t construct any new submarines due to the buttons not working on that building. Not sure if it’s a bug related to the game itself or something the trainer is doing.

Can confirm, the game crashed after clicking play while the game was running.