WeMod version 8.1.2 now has minimum window width of 1200px which means it won’t fully fit on a 1080p monitor in portrait mode. When maximized on such a monitor the right side of the widow is off screen. 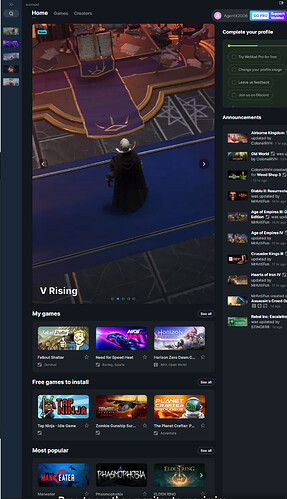 Yup. Came here to voice the same concern. I keep Wemod on my third monitor (used mostly for email and in portrait orientation @ 1024x1280) and it can’t display the whole window. Even the “Play” button is scaled off the screen.

So, to use Wemod, I have to move it to a bigger monitor, hit Play, and then move it back to where it lives.