Age of Empires IV Cheats and Trainer for Steam

This is the official discussion topic of the Age of Empires IV Trainer and Cheats in the WeMod app. Please post any suggestions, bug reports, or praise that you may have for the cheats in here! 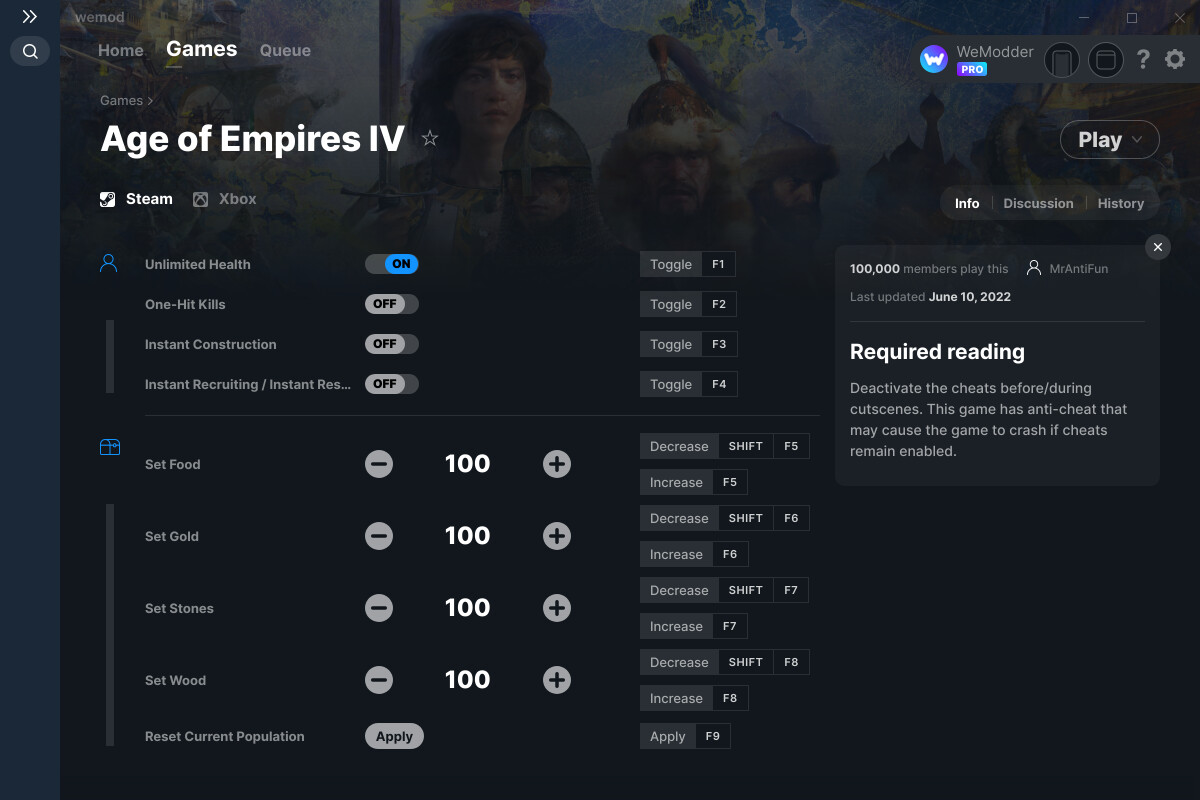 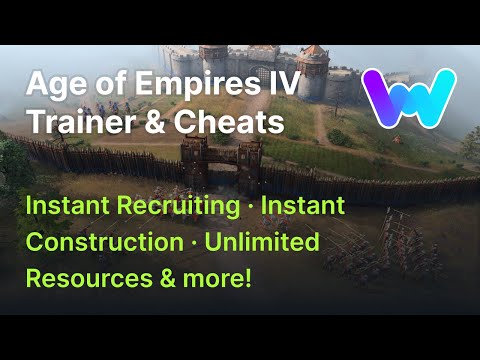 @MrAntiFun you got an ETA on the Windows Store version?

wery good but how about infinite health for units and buildings?

It amazes me how fast you guys can be sometimes! This will tide me over until a more complete trainer gets released.

Hi guys, I’m new to this game, so what does “reset current population” do exactly?

Hi guys, I definitely love your work and the trainers releases really fast, just awesome. But pls can we get some “god-mode” cheats? Or fast build like in AoE2. The Ki in the new part is just too heavy for me, I like to play relaxed and I am absolutely no fan of fast multiplayer gameplay. Thanks a lot!

for everyone using the windows version if you want to use the steam cheats for you game right now just take the file reliccardinal_ws.exe and drag that into the steam version it should be under the Microsoft.Cardinal_5.0.7274.0_x64__8wekyb3d8bbwe folder within the windowsapps folder.

Also for those that have a second hard drive try both, one will work mostly the one that isn’t the added hard drive one.

Tried this before i read your comment, but it did not work. Does it work on yours?
Even with administator WeMod does not finds the game process.

The Age of Empires IV cheats have been updated!

It did for me I’m not sure why it isn’t working for you try clicking the reliccardinal_ws.exe and see if it launches the game I have two one on my main hard drive and one on my second, for some reason download it to my second makes one for my main I tried the second and it didn’t work but when I used the one on my main it works.

Could do the Windows Store version of Age of empires 4, I definitely would appreciate it since you’ve worked on the previous AOE games in the past.

Yeah exactly. The .exe does start the game and also starts when clicking play on WeMod. I usually use this way often, but somehow it does not work at this game.

What do you mean with a 2nd .exe? did you install the game twice? I only have one installation (WindowsApps)

I had issues with getting it to work on mine, but I redid the permissions for the windowsapp folder and made sure inheritance was on.

@MrAntiFun Thank you for making the Windows/XGP version!