This is the official discussion topic of the Aliens: Fireteam Elite Trainer and Cheats in the WeMod app. Please post any suggestions, bug reports, or praise that you may have for the cheats in here! 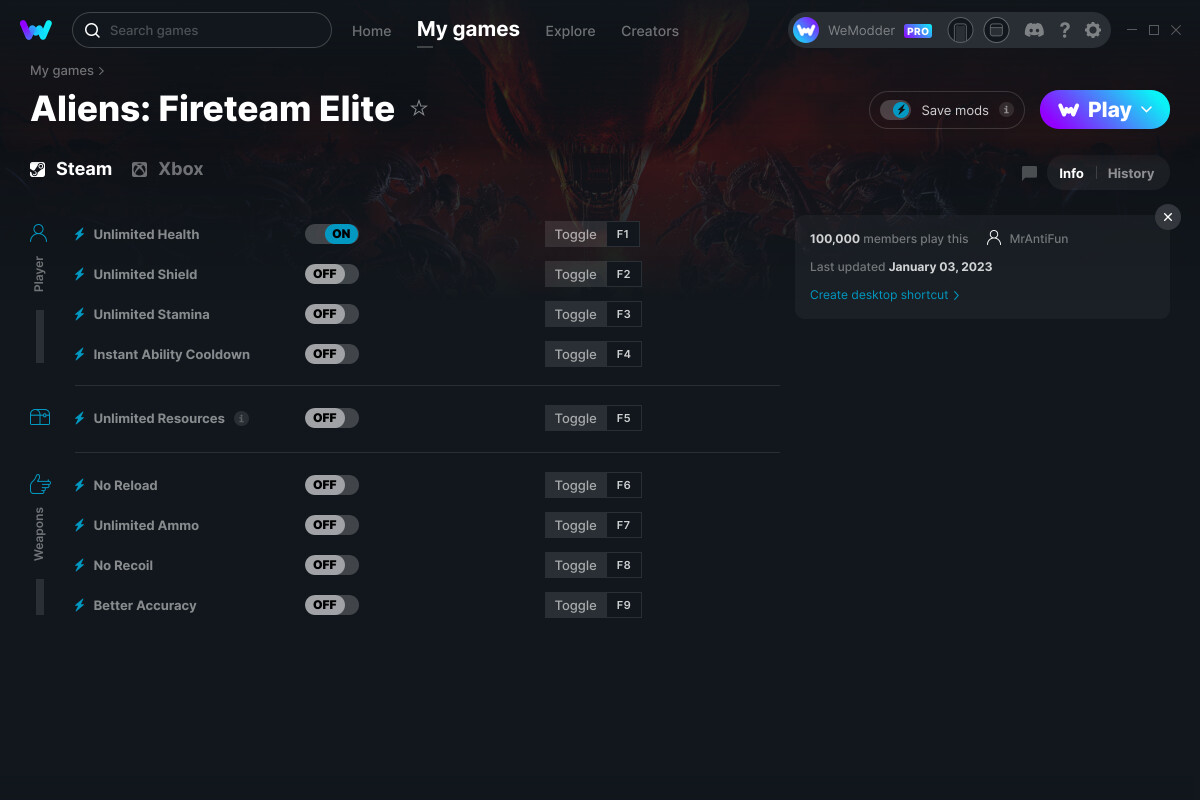 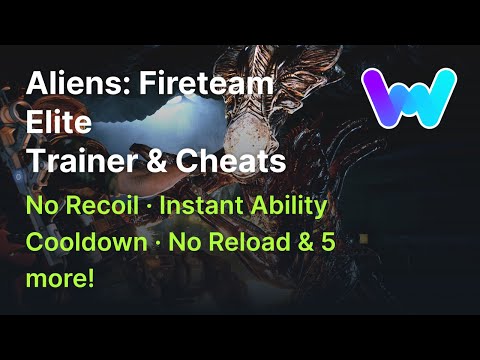 They probably know about Wemod.

I was stuck on it also but eventually mines worked now. Took about 5-7mins of loading though but the mods are working for me now

Hey guys the cheats do work, for what ever reason it just take a few try’s to get it to work, I had to do it about 5 times before it would start working.

Hey MAF thanks again for new cheat to play with.

It would be great if we get another mod like add money or multiply exp we get from mission.

I have come across a bug with this Trainer. I’m not sure which of the toggles cause it but what happens is after a period of time shooting, either one or both weapons don’t do damage even though the shooting animation goes through. Has anyone else come across that problem?

sad. It was working pretty well before I had to update.

So you can actually get knocked down even with the cheats on. Let yourself get knocked down a couple times and revived. Eventually the Heavy became killable after I allowed this to happen. Not sure exactly how or why but this is what I tried.

The Aliens: Fireteam Elite cheats have been updated!

must be a scripted death.

The flamethrowers, or at least the heavy version doesn’t work with infinite ammo and no reload cheats.

EDIT: Also on the current version, infinite health doesn’t seem to be working. Had a ton of fun before the update, looking forward to more.

The ‘Resources’ update that was added, is that just for the two different in-game currencies? Or it that for the perishables/consumables like the field mines and drones? Or will you guys @MrAntiFun and the team be adding a separate toggle for the consumables?

Unlimited health not working at all, and unlimited shield pretty much does nothing also.

Keep in mind you can’t turn off the infinite resources one once it’s on, it’s on forever no matter what.