Call to Arms - Gates of Hell: Ostfront Cheats and Trainer for Steam

This is the official discussion topic of the Call to Arms - Gates of Hell: Ostfront Trainer and Cheats in the WeMod app. Please post any suggestions, bug reports, or praise that you may have for the cheats in here! 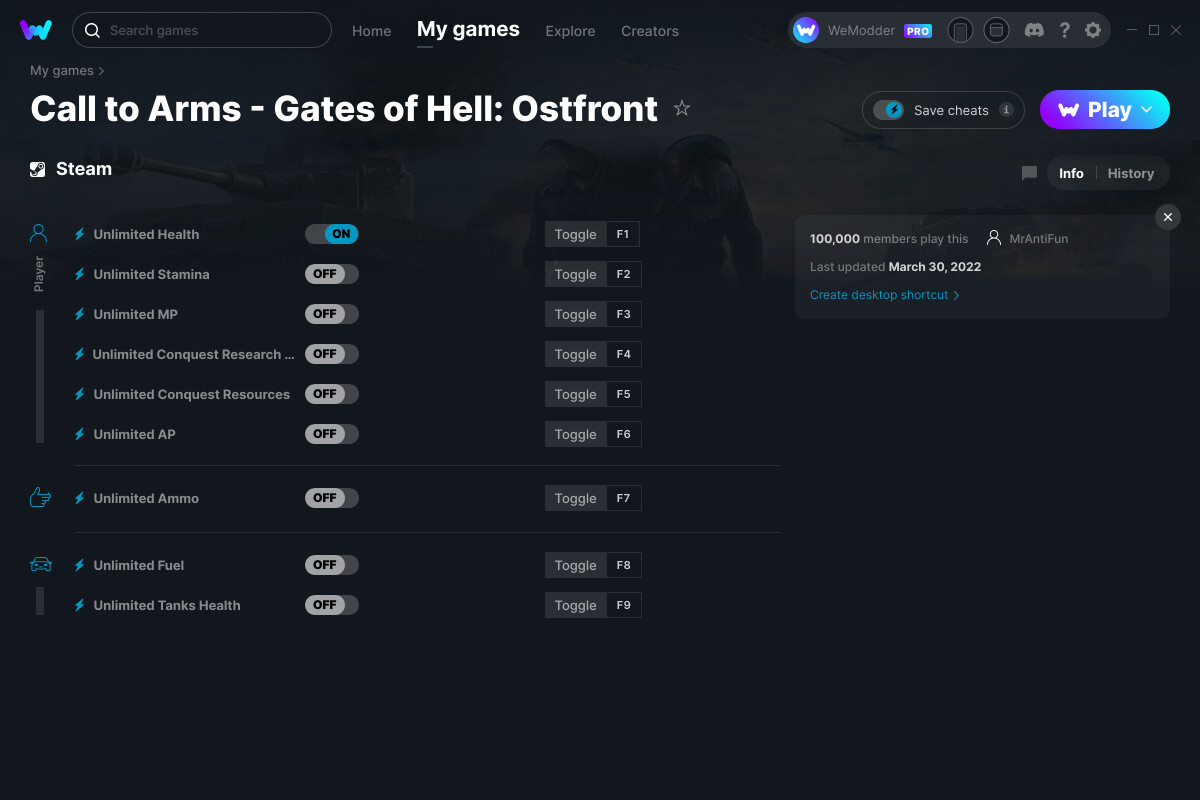 Can cheats with an unlimited population be added?

mod is not working the unlimited research points

Everything works except the research cheat, and the cheat that lets you put more units per Call In Stage. I managed to get them to work by some fluke after screwing around in the in-game menus I think, but I can’t remember what I did and I can’t replicate it.

will these be updated? since the unli ap and unli research points is not working

I think they working on it so just wait

When toggling Unlimited Health off, the infantry HP pool doesn’t go back to normal.
It caused some issue during campaign where some should be killed but unable to, which leading not be able to trigger script.

Would be nice if unlimited HP is toggled off, then HP pool become normal.

Please do not forget this trainer needs an update.

Infinite health cheat breaks squads when they are hit by flamethrower, causing all hit to become unselectable AI units

I think Tank health is working, but the problem is, Tank defense mechanic are quite complicated.

Until the cheat getting update, you can cheat research point on Conquest Mode with cheat engine and use ‘float’ value on search.

After the previous game update, the flame is no longer a problem for me now(Played Germany in conqueset the whole day, not sure about the Soviet troops). Will have control of the troop back as soons as the fire is gone.

Verhicle crews do not seem to count as indepent soldiers since they can just die when the enemy hits the verhicle in a certain way.

Try Cheatmod from steam workshop for unlimited deployment and research , lets hope they update this

Try Cheatmod from the Steam Workshop for unlimited deployment and research points , lets hope they update this

Will this mod be updated?