Gloomhaven Cheats and Trainer for Steam

This is the official discussion topic of the Gloomhaven Trainer and Cheats in the WeMod app. Please post any suggestions, bug reports, or praise that you may have for the cheats in here! 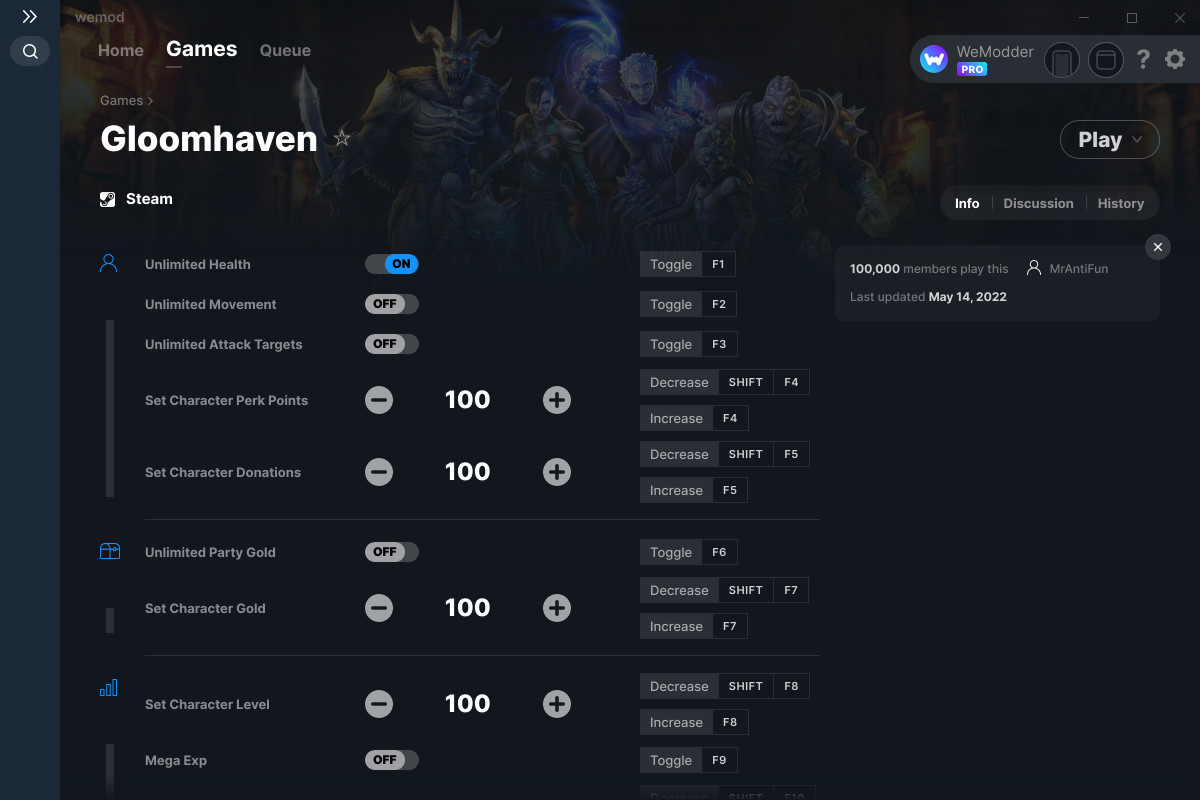 Thank you very much sir! Now I can play the computer game like I play the boardgame

Hi, first of al, thanks for the amazing trainers you always give to the community! The first time I used it
was amazing and worked flawless but now I am recieving error msg about the library rules and I just
can´t start the dungeon.

Thanks MrAntiFun! Looks like its already been superseded with a new game version. I’ll test it later, but usually I only use ‘iinfinite health’ when I get really frustrated. So I’ll see if that one works still and report back.

Also, any chance you fix your Talisman digital board game cheat? It’s been broken for ages.

are all working as far as I can tell.

Note for One Hit Kills, as the game still uses your deck, if you draw a x0 modifier it will of course not one hit kill.

Mega EXP seems to be the issue for people experiencing the crash/error. It appears a certain threshold of EXP will cause the game to fail.

Tere is an online savefile editor and instructions on how to use it, if you edit your savegame and reduce exp to 500, you’ll be able to continue your saves.

I noticed though game does continue to add to your experience after 500 so the game itself will hit its own limits eventually given enough reply.

How does the Set Gold work? It doesn’t seem to add gold to every character or the specific character i am on.

Unlimited Movement does not seem to be working.

I was super excited that the trainer was updated but some of them are not working. I usually only play with 3 or 4 so I haven’t tested them all, but unlimited targets are not working.