Horizon | How to Mod Crysis 2!

(How to move your Profile to a USB from your HDD)

[details=Open Me]Reminder: I am using a Halo 4 Game Save as and example.

• From your dashboard go to System Settings, Storage, once done locate “Hard Drive” 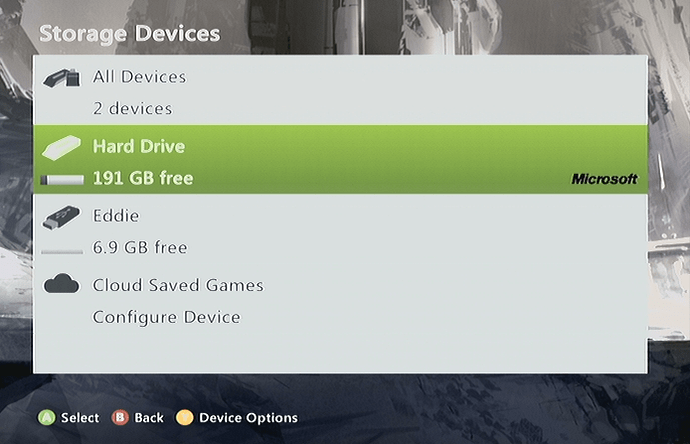 • Scroll down till you find your Profile 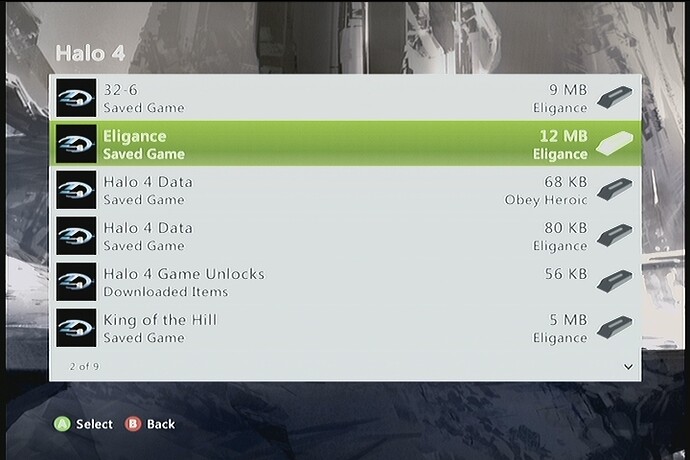 • Once you have selected your Profile, locate and select “Move” 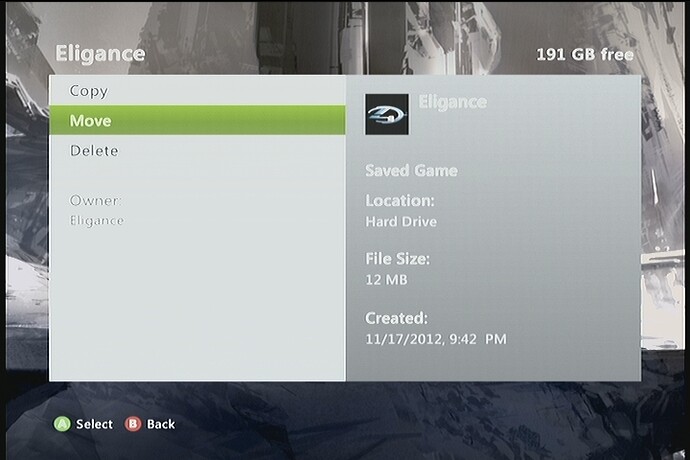 • It should give you the option to select another device, make sure to move the save to your USB, once done it should look something like this. 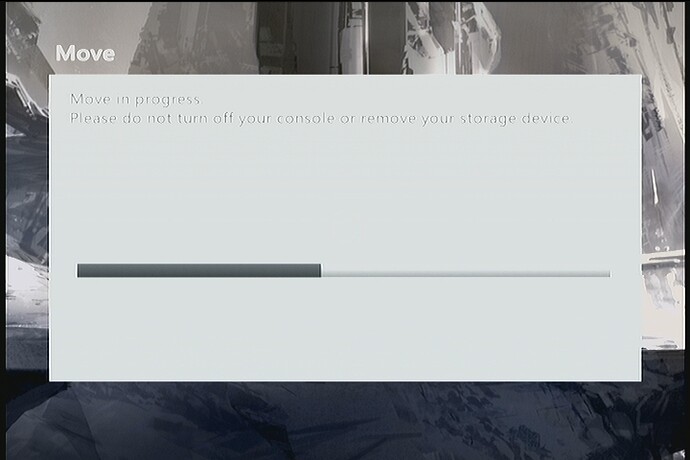 • Make sure your Profile moved successfully to your device. 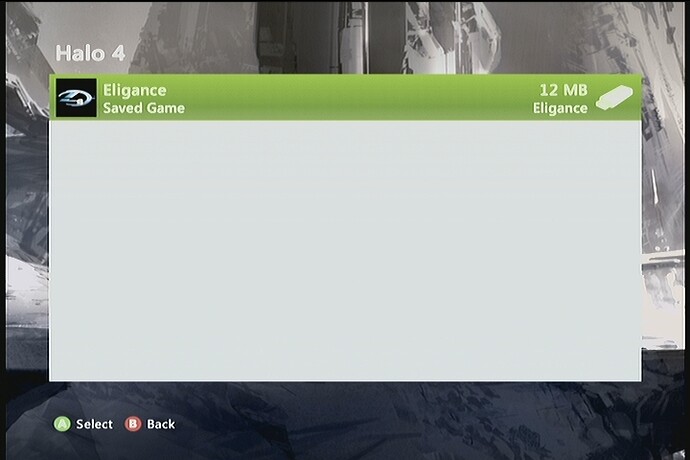 2. Open your Device in the Device explorer in Horizon

Note: Make sure to format your device to work with your Xbox 360 and Horizon.

[details=Open Me]• From your dashboard go to System Settings>Storage and locate your USB Storage Device. 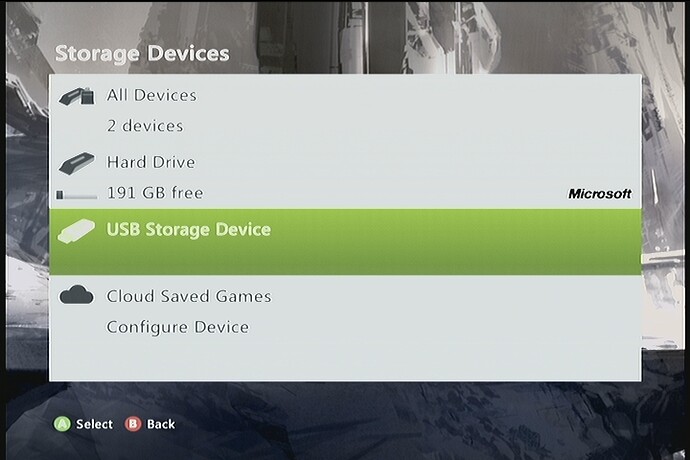 • Once you have chosen your USB Storage Device, it should give you two options.

Note: Make sure you have moved any Game Saves, Profiles back to your HDD before Configuring! 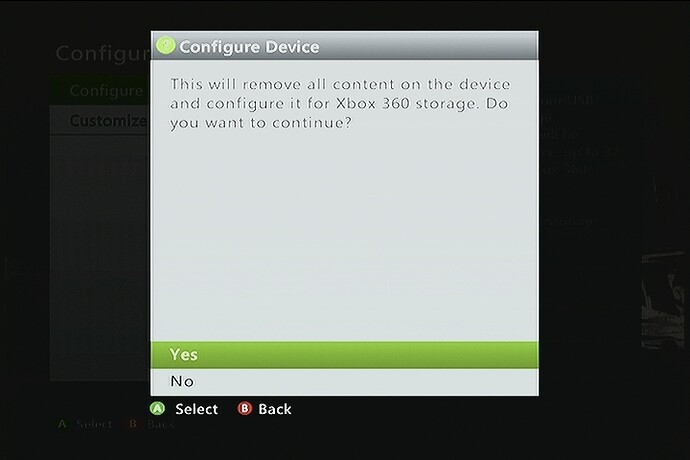 • Once you successfully configured your Device a message should pop up. 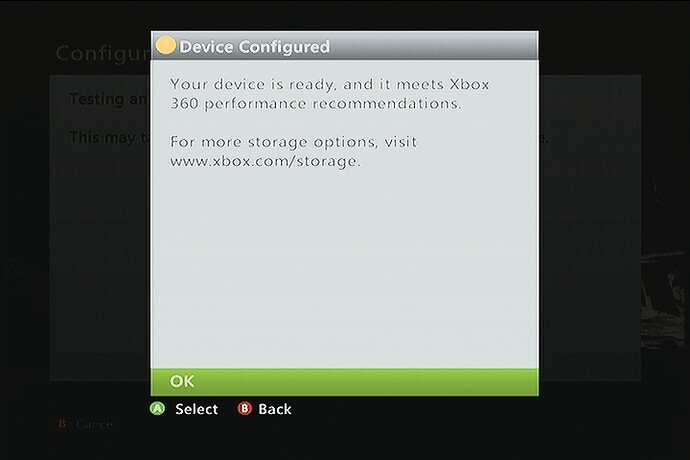 • Your device is now ready to be used with your Xbox 360 and Horizon! 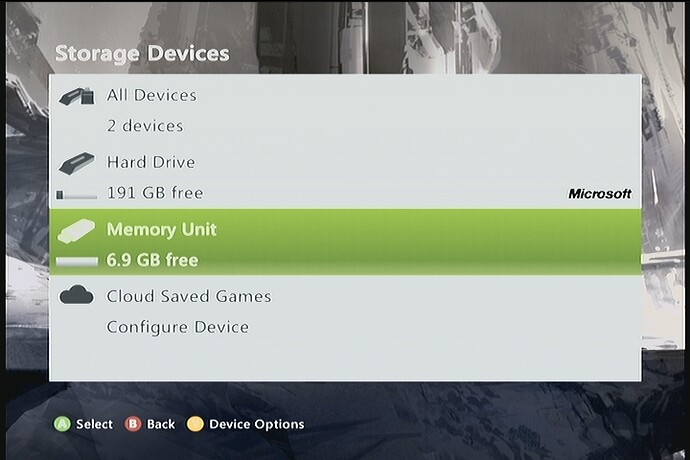 3. Once done open your “Profile Folder” select your Profile, hit the mod tab, and select

Reminder: The editor should load in a matter of seconds, be patient.

• General Rank XP: Here you can edit the amount of XP you currently have in your ‘Rank Progress’

For each Ability there is an upgrade.

I. Highlights enemies through weapon scopes.

Note: You can max out all the XP by selecting:

Modules can enhance certain aspects of the players abilities or even give new skills.

• Power: Here you can edit the amount of Power Modules (Weapons)

Example: Side Pack (Allows an additional magazine of primary ammunition to be carried)

• Armor: Here you can edit the amount of Armor Modules (Suit)

Example: Air Stomp (Perform a powerful downwards attack when in the air)

Proximity Alarm (Automatic warning when an enemy is nearby)

• Stealth: Here you can edit the amount of Stealth Modules (Armor/Surroundings)

Example: Stealth Endurance (Faster transition in and out of stealth)

Jammer (Scrambles the radar of enemies within a 10m range)

Reminder: For each Module there is and upgrade!

• Dog Tags: Here you can edit the amount of Dog Tag’s that you have.

Note: Dog tags enable you to customize the facade you show other players when they’re checking out your profile

• Class: Here you can unlock and edit Classes.

• Weapon: Here you can unlock all the weapons in Crysis 2 (Online)

3. Feline (Submarine Gun): This SMB firearm is a bullpup with a 60 (+1) round magazine that is very similar to the real life assault rifle FN F2000.

5. Frag Grenade (Explosive): A change to the Frag Grenade from Crysis 1 is that you can now throw it whilst holding a weapon in the other hand. The launch reticule mirrors that of the L-TAG but flipped upside down.

6. Grendel (Assault Rifle): This powerful gun is a 30-round 3-shot battle rifle resembling the Magpul Masada. Although this gun contains a thicker barrel and larger magazine.

7. Hammer (Sidearm): This sidearm is a Heavy Semi-Automatic Pistol with a 9 (+1) rounds per magazine.

9. Jackal (Shotgun): The Jackal is a Semi-Automatic Shotgun with a 7 (+1) round box magazine.

10. K-Volt (Submarine Gun): This firearm is an Electric Pellet SMG, similar in visual style to the TDI Vector.

15. Marshall (Shotgun): This pump-action firearm is based on the previous game’s Shotgun from Crysis 1.

16. Mk60 (Heavy Weapon): This Machine Gun was revealed in the Multiplayer demo and looks to resemble the M60E4.

Here you can unlock Weapon Attachments and use them for each of your Weapons!

• Laser Sight: Allows for greater accuracy when firing from the hip by projecting a thin red laser.

• Light Shotgun: It is a small shotgun attachment that is put on the underside of an assault rifle, allowing it to shoot shotgun shells.

• Grenade Launcher attachment: It is a device that is put on the underside of a gun, allowing Rifle grenades to be fired.

• Reflex Sight: It is a small device that is put on the top of a gun and has a small red dot in its center.

• Assault Scope: It is a scope that has a large, black crosshair and provides a small zoom when used.

• Silencer: It completely silences all of the gunfire from a weapon

• Decoy: It emits a life-like hologram of a hostile soldier that will run through the battlefield, attracting gunfire.

• Extended Clip: It increases a weapon’s magazine capacity by roughly 50%. It is available both in singleplayer and multiplayer.

Note: To max out all the Weapon attachments, simply select

Once you edited everything to your pleasing, select the

Move your Profile back to your HDD, and your done, enjoy Horizon!

Very nice tutorial Hero, I can see lots of time a effort put into this one. I hope it helps with many people in modding their Crysis.

Keep up the great work as always!

Great post I hope you can make another tutorial when crisis 3 comes out : )

Great works as always! Keep up the great work.

Although I can’t remember but I think this might have been patched… I could have swore I read some threads about this tool not working and was because it was patched but can’t confirm (do not have the game). Unless you modded your profile and it worked than never mind about it being patched.

Although I can’t remember but I think this might have been patched… I could have swore I read some threads about this tool not working and was because it was patched but can’t confirm (do not have the game). Unless you modded your profile and it worked than never mind about it being patched.

Never liked the game but this tutorial helps out a lot as always well done Hero.

Another well written tutorial by Hero! Keep up the work bro!

Realy good tutorial of this tool!
Thank you Hero

The fact that you put the instructions on the top and details on what things are on the bottom works well for me and I love tutorials that are designed like this.

Not fond of the “how to use a part of the tool” but this is well put together, and easy to understand.

Love your tutorials, keep the coming!

Awesome tutorial, love it! As Snow stated, keep them coming!

I’ve been thinking about getting this for Christmas and if I do, this tut will surely help me! Thanks Hero!

And might I add this, is safe to mod, I done and I got no ban or reset if anyone was wondering

It’s good that someone explains some of these editors. Even to experienced eyes, some of them make little sense at first.

Ok so I’m pretty sure I’ve followed your step by step to modify my crysis 2 profile - but when I try to open it I get “profile settings for this game does not exists, you must first play the game” - something to that effect… I have played the game and I can pull up the save editor and see all the different settings, but they never seem to work. So I tried going this route (profile editor) and I can’t even get my profile open to attempt to use the tool.
I’ve moved my entire profile over to the USB Drive - then opened my profile using Horizon, and selected MOD Profile using the Crysis 2 Online - and thats when I’m unable to go any further. Please Help - Yes I am “diamond” member - so that should be good…
Thank you.