Humankind Cheats and Trainer for Steam

This is the official discussion topic of the Humankind Trainer and Cheats in the WeMod app. Please post any suggestions, bug reports, or praise that you may have for the cheats in here! 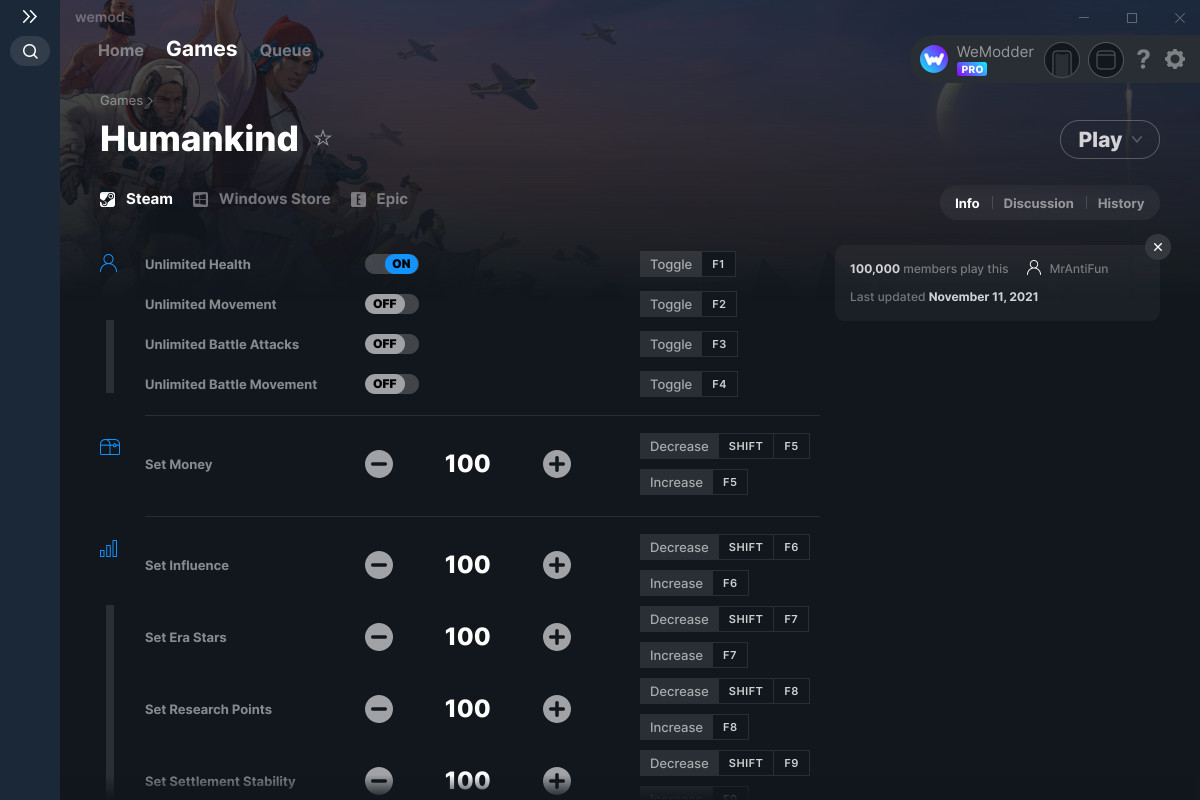 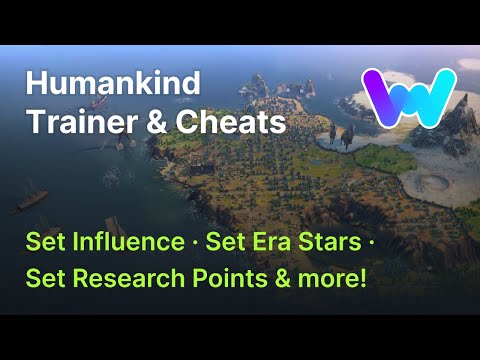 Not sure if it’s me, but using the Unlimited Movement, I actually looked to see it - I hit the thing to click it on, but it toggles right back off a second later.

I’m seeing the unlimited movement toggle off right away too, so it isn’t just you.

Thank you for letting us know.

Could you try this and see if it makes any difference at all, please?

Let us know if this changes anything or not. Thank you!

@Ravenfyre & @Joshmaul There isn’t really a pause button, but if I load my save game first prior to pressing play in WeMod the cheat successfully activates and works.

Are we able to get a instant build and instant research? Besides that works great. Good job like always.

Having the issue with movement not working either, even if I load the game first or not. Weird thing is that all worked fine before.

OK thats weird, after several tries pressing F1 it suddenly works. There is something stange going on with it.

Thank you for the update @Legion13.

Since there isn’t a pause button, maybe the trainer will work also if you turn it on after waiting on the main menu for a couple of minutes?

@mrhashem & @AlimonyBeDamned
Could you try this too and see if there’s any difference for you with that cheat, please?
Do not press Play in the trainer until either you’ve loaded your game or have waited a couple of minutes on the main menu first? Thank you.

In the meantime I’ll pass these reports onto our testing team.

Everything works perfectly. Can I add a trimming option build for one turn.

Yes.
Tried to load cheats after the game was loaded and it’s working perfectly.

I would love to see an always win option to instant resolution of battles. And thanks for the cheats!

The Humankind cheats have been updated!

I appreciate the quickness with which you’ve made this and it works great. However, I’m having a hard time with the Set Research Points option. It seems to stop working at a certain age, unless it requires an obscene amount of research.

I noticed this too, both with the initial release and since. The initial release, I was able to get it going mostly into the Industrial Era. Second playthrough, it basically stopped in the Medieval Era - I do the thing, it says I’ve got umpteen thousand research points and they’re all 1 turn from finishing - and then it goes right back to the “normal” level and more turns. I wonder if possibly it’s because of having multiple things in the queue? I haven’t experimented really with it yet…

Oh, and the issue I had with the unlimited movement seems to have been resolved, much obliged.

Having problems with the science cheat in the medieval era too. Have tried saving and loading, exiting the game and not pressing play until fully loading in. Has happened in 2 different playthroughs

First of all: Thanks for your effort, everything works for me and the options so far are great!

I’d just have a small question: Would it be possible to add a cheat which removes the turn limit? Or maybe “sets” the amount of turns played, so that if you are nearing 300 turns played, you can reset it to 1?

Hello, Please and Thank you for this, Absolutely loving it, Awesome Work!

I just wanted to inform you of a thing you might want to change, first thing is that you accidently put a spelling error on “Set Settlement Population” on the ! on how to use it.

Second thing is that i learned when you use that, it doesn’t actually Add to the population you use on the Sections of a city, example Money- However, i did find a way for it to add them, you click where it says for example “Balanced Policy” and you change that and then change it back and it will add them, I think it would be a great help to everyone if you add that to the ! as well.

Thats all i wanted to inform you of for right now, awesome work on the trainer, and thank you again!

(P.S Here is a Photo For Clarification on what section i’m talking about, Red for section that did not Update. Blue on how to fix and update it so that it adds the correct amount by changing it to anything and then back to update it, which i think you should add to the ! thing.)

(P.SS, In the screenshot nothing is wrong, just if you add for say, change your population to 10, then the thing marked in red would not update, hope that clarifies everything completely, just in case.) 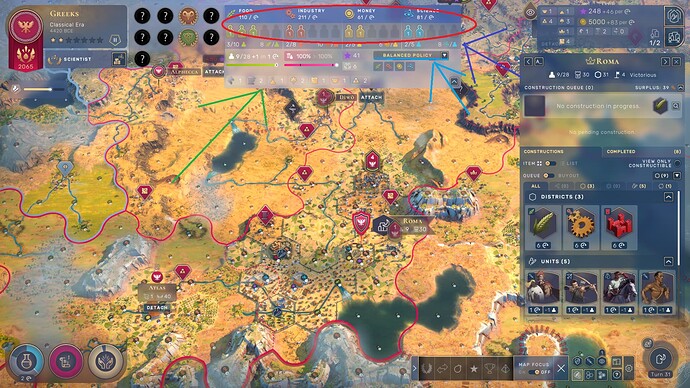