This is the official discussion topic of the Iron Harvest Trainer and Cheats in the WeMod app. Please post any suggestions, bug reports, or praise that you may have for the cheats in here! 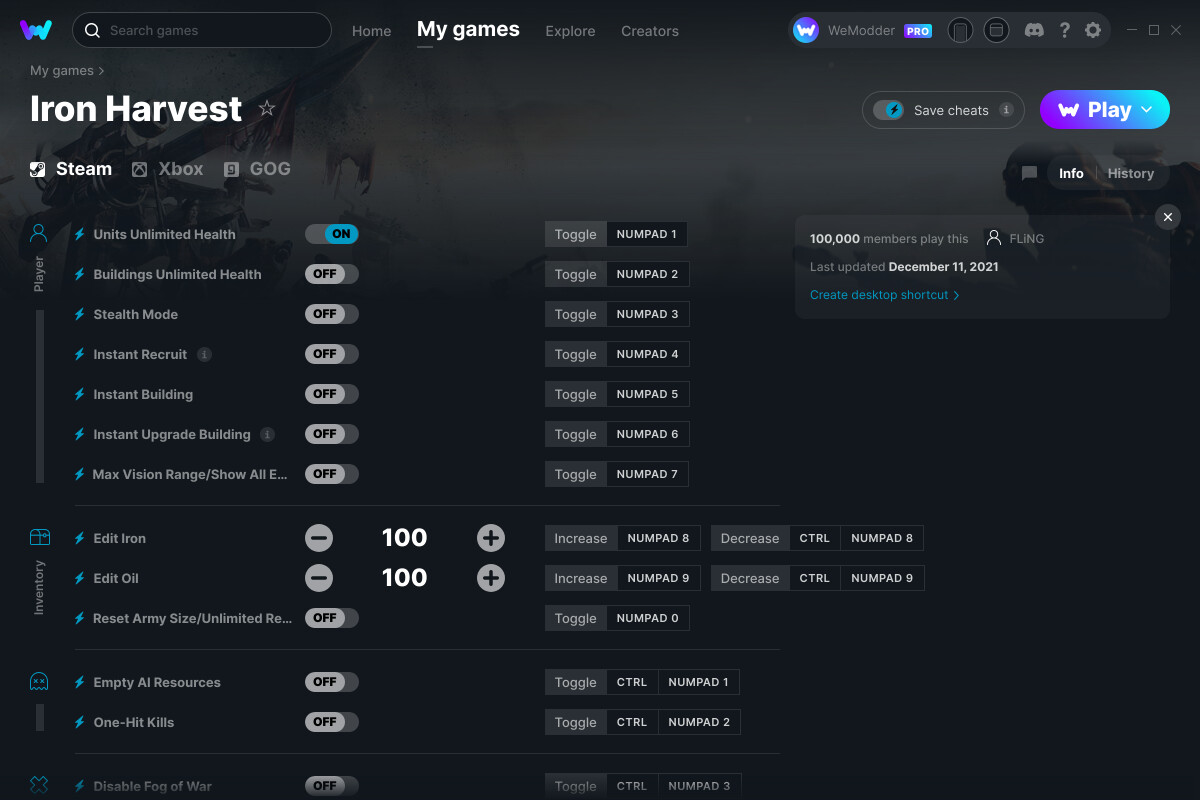 The Iron Harvest cheats have been updated!

Hello!
I dont know if this will get me banned or anything but I was usually a different cheat engine before this wemod released one and it was working fine, since this release, I keep getting a message called “fatal simulation error, leaving game now” which hasnt appeared while using the other cheat engine, is there a quick fix?

Sounds like your trying it use the trainer online. Our trainers are for singleplayer use only

Hello. Same Error as “hammy38” Fatal Simulation Error. I just got it as i was playing the 4th or 5th mission defending the Rail yard. It appeared after i turned on One-Hit Kill but i will try it without it and see if i get the same error again.

Well I tried it while playing the challenges map

using unlimited health causes fatal simulation error shortly after activating in campaign. it was working fine until i got to railway robbery which is the first campaign mission where you need to build a base.

just like the other guys here getting the same error with the game when unlimited health is used.

but looks like other cheats work fine especially the weaken enemies one.

Hello, I’ve only been using the Resources and Troops Cheat first in the GOG version and then with the Steam Version of the trainer when it came out to see if it was a compatibility issue since my version of the game is from Steam. Same problem occurs though, after a few minutes of gameplay in the Campaign the game itself just hangs. Whatever sound was happening at the moment just keeps repeating and I have to manually shut down the game. I worked around it by saving constantly but I just wanted to bring this up in case you guys can fix it.

Theres an issue with the unlimited population cheat, it causes the game to frequently crash the game. The only possible thing I can think of that would cause this issue is that the AI benefits from this cheat as well.

I have the same issue as hammy38 and The_MACHINE101. Whenever I activate the unlimited health option the game will automatically exit and will say that there’s a Fatal Simulation Error. I used the trainer on Missions and campaign.

I hope this will be fixed soon.

We’ve tested this trainer and it’s in working order. Please do not use it on the intro missions as they seem to be scripted and will cause the fatal error pop-up

the steam version unlimited health causes fatal error and is related to buildings. it worked for me on the intro missions not the ones after and not in skirmish.

Does not work, crashes the game

Are you using the steam version or a different version ?
Not trying to use it online?
Wait till after the intro missions.
We have tested this trainer and it should be working fine.

Hello, I’m using the Steam Version and I’m only using it on the Campaign or in Skirmish.

By intro missions do you mean the first missions of every faction or just the first missions in Polania’s campaign? Either way it’s crashed in all the missions I’ve been playing and I’m already near the end of Saxony’s campaign. Don’t get me wrong though, the trainer works and I’m glad for it but I’ve only been using the Troop cheat throughout the mission, and the money cheat at the start of the mission then I turn that one off. It still crashes after a few minutes of playing.

Yes I have tested in all possible situations except online of course. 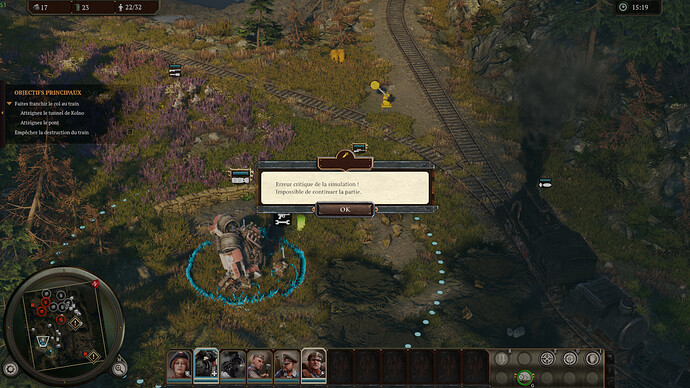 This every time or juste crash…

Make sure you don’t enable unlimited health or one-hit kills until you take damage and can see the enemy. I’ve only been able to reproduce this once and it was because I enabled the cheats when they weren’t needed.

As you can see on the screen, it’s well after the first fight. I suffered damage and needed resources. But nothing worked, it crashed.