PAYDAY 2 Cheats and Trainer for Steam

This is the official discussion topic of the PAYDAY 2 Trainer and Cheats in the WeMod app. Please post any suggestions, bug reports, or praise that you may have for the cheats in here! 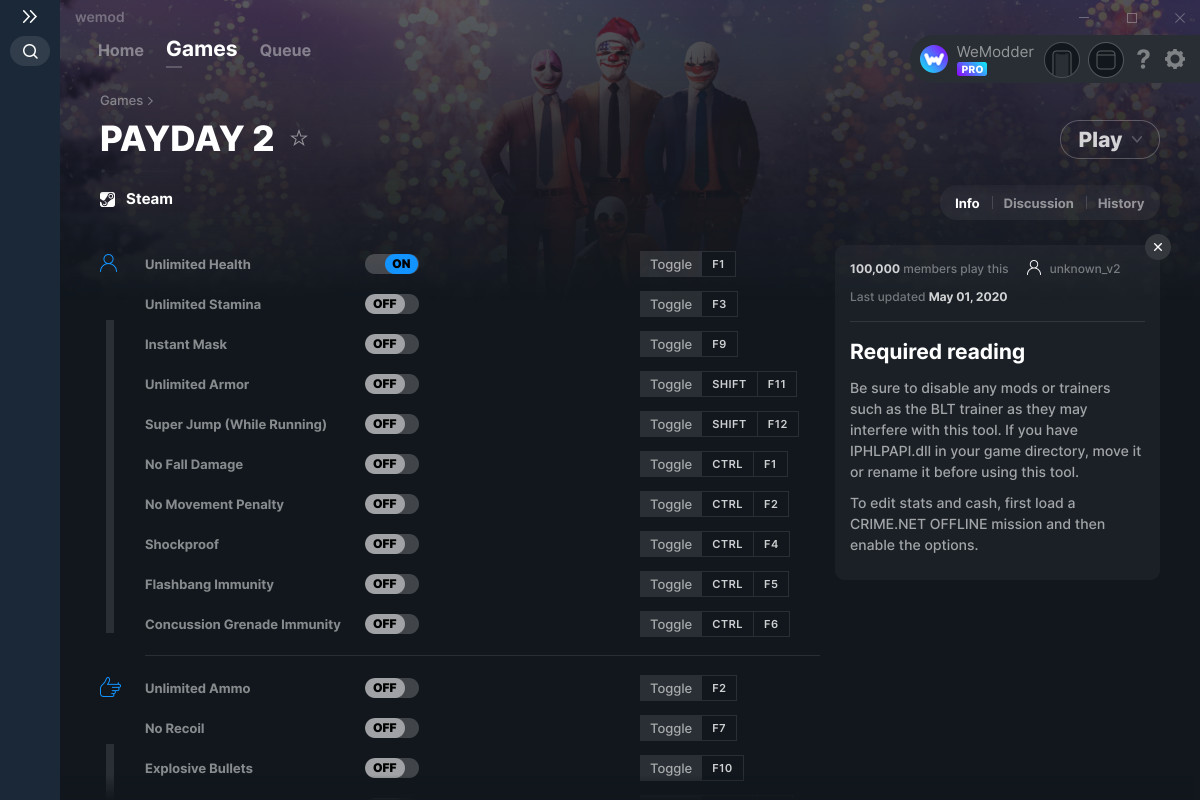 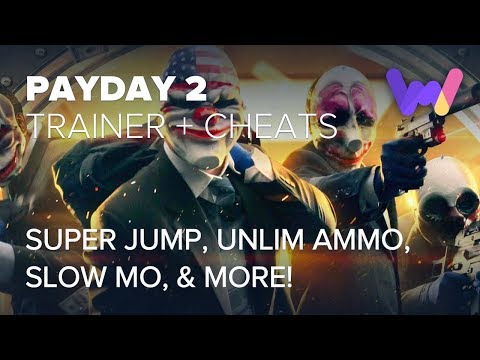 guess ill be checking this out in a bit.
@unknown_v2 is a ghost mode possible?

guess ill be checking this out in a bit.
@unknown_v2 is a ghost mode possible?

Yes, I will add it in. It allows you to walk around without anyone responding: no civilians see you or call police, if that is what you meant?

yea, that is exactly it

funny enough i didnt knew this dev (?
Thanks for the trainer!

Has anyone done it online?

Wemod does not support online cheating

so far so good, works great. maybe an unlimited gear cheat also if possible(place unlimited amount of sentries and such)

This is good stuff right here

Anti-Cheat is locally on this game, you wont get VAC banned since there are no VAC servers. I dont think you will get any gameban either.

Ive not tested this, but the game have a Kick Cheater feature.
But that just kicks you from lobby. So think you are fine.
Anyway, i dont see people being happy if they see you online with this.
Its primarily ment for offline uses.

If you are going online, you are doing it on your own risk.

AWESOME work there but the game is crashing for me from time to time after a job.
Anything I’m doing wrong ?

Is it everytime you finish a job?
Is it a spesific job this crash happen on?
Do the game crash anytime without Infinity?

It’s not everytime but most times on different jobs with different options enabled. Doesn’t happen without Infinity.
But I always get the rewards so it’s not too bad just really annoying.

I havent tested this yet. So i dont know if its like this for everyone.
Dont think there is a version of this outside steam so then you are on steam on the newest update correct?

Do you get any error codes or anything like that when this happen?
Im mention the dev here, @unknown_v2. Think we need his help.

I play it through steam and have it updated. It just closes without an error code.

Are you playing online or offline?

Can you make unlimited Oblige?

im gonna test it lots once its installed ^^ it seems like a fun game.