This is the official discussion topic of the Star Wars Battlefront II Classic (2005) Trainer and Cheats in the WeMod app. Please post any suggestions, bug reports, or praise that you may have for the cheats in here! 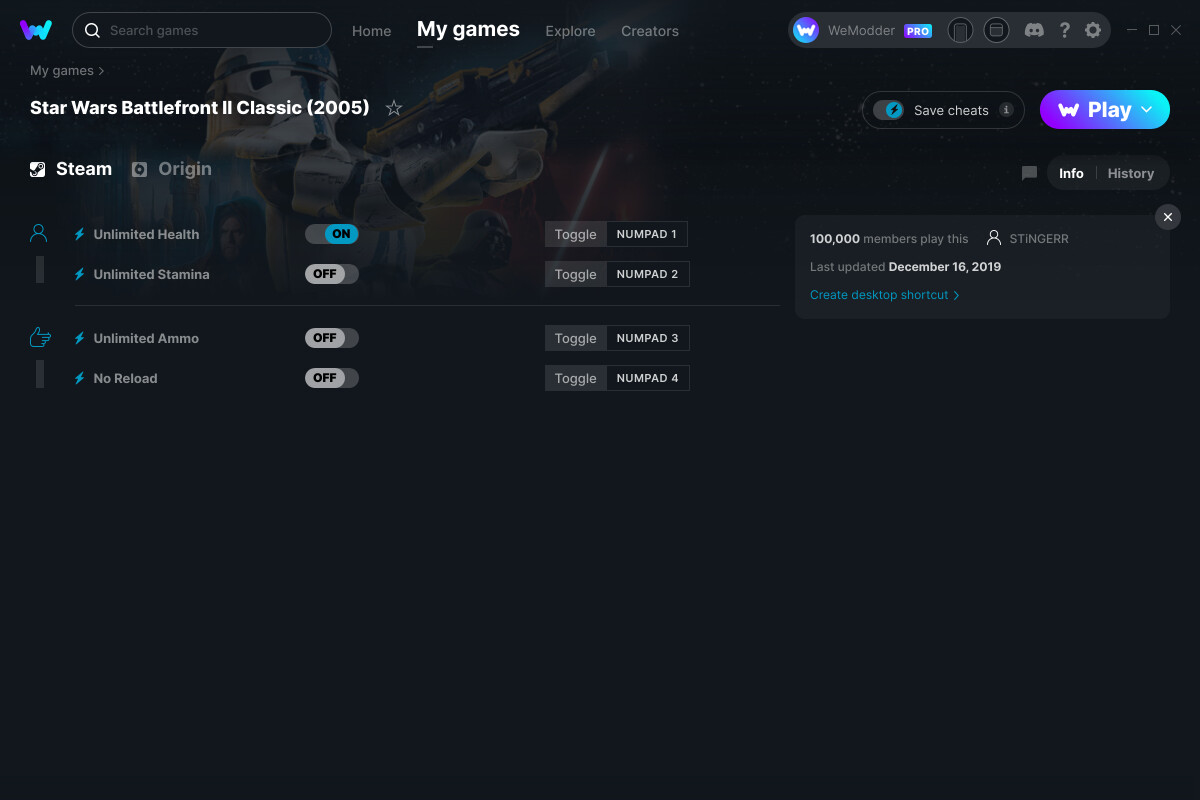 The STAR WARS Battlefront II cheats have been updated!

When I Used It My Game Froze And Deleted Steam I have To Reinstall All Mys Games Now.

I hate to cast doubt here but there’s literally no way this could occur due to WeMod. WeMod does not touch any files outside of the trainer EXE. If stuff is being deleted off of your HDD/SSD either you have malware deleting said items or your hard drive is on the fritz.

Try and start the game from steam first then when your in game alt tab out then press the play button after , click back to game

Tried starting the game first. Seeing same issue “These cheats were made for the 32-bit version of the game. You’re running the 64-bit version.”

First clue something was wrong was it couldn’t find the game and I had to drop the exe on WeMod to fix.
Star Wars Battlefront II Celebration Edition

I have the same problem, I also had to manually search the EXE file

Vote for it in the WeMod desktop app.
Trainers are only developed if they get enough interest from the community via voting.

Note there are two completely different games with the same name.

Thats a bit misleading then im afraid. It seems every single person thought they were voting for the newer one, made in 64 bit. if this was a repeat copy/paste of the old trainer, which gives the same message btw, why did it take so long to get out? Will you guys be making one for the 64 bit version for free, or will it have to be voted on as well? This thing got almost 3000 votes.

We created a trainer for the game that was voted for which was Starwars Battlefront II on origin. If there is a different version that will need to be voted for.

Do the cheats work or no? Because if im forced to activate cheat codes every time i want to grind legendary medals and have it be permanent, thats going to not even want to make me touch the game.