The Witcher 3: Wild Hunt Cheats and Trainer for Steam

This is the official discussion topic of the The Witcher 3: Wild Hunt Trainer and Cheats in the WeMod app. Please post any suggestions, bug reports, or praise that you may have for the cheats in here! 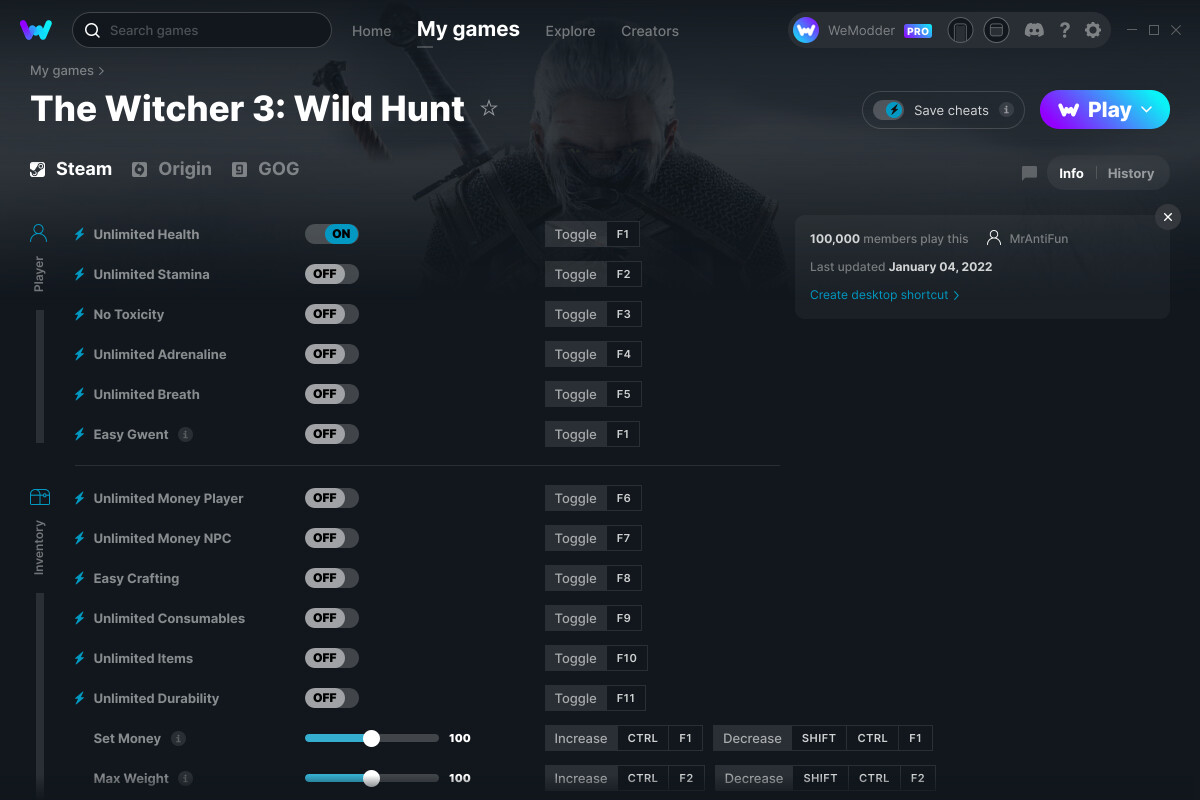 The The Witcher 3 cheats have been updated!

the teleport waypoint is not working .

Can you take a screenshot please? Not entirely sure that has anything to do with WeMod. Thanks!

That’s a error message from a mod. Has nothing to do with wemod.
my guess is. It’s outdated or the author screwed up while making an update

no toxicity doesn’t work for me. The limit is not changed

Just to confirm, are you saying the no toxicity cheat is not working?

The The Witcher 3 cheats have been updated!

Looks like he updated the trainer should be good to go now !

ok but it doesn’t work too. I don’t understand what the cheat does. The toxicity must stay at 0 and so it’s possible to take all potions that I want? Or it makes an other thing?

Because my problem is that toxicity increases when I take a potion or decoction.

Have you restarted your WeMod app since the new trainer was released? That may help alleviate the issue. I’ve not played this game but based on the cheat description I would say that is the intention of the cheat

Hi, I’ve got an issue when I want to start the wemod trainer, I’ve got this write on my screen. Do I have to launch the game and start the trainer ? Because I’ve just do the opposite…

Nevermind I’ve figured out myself, it was the Debug Console Enabler who was in conflict with my game

yes I try it but nothing changes

can we get one for the GoG version?

If it gets e enuf votes then it probably will

I was wondering if there was anyway Mr. Antifun could add instant kill in his version of the Witcher 3 trainer? Like is that a possibility?

It’s a possibility, we’ll have to see what else needs updated first