Dishonored 2 Cheats and Trainer for Steam

This is the official discussion topic of the Dishonored 2 Trainer and Cheats in the WeMod app. Please post any suggestions, bug reports, or praise that you may have for the cheats in here! 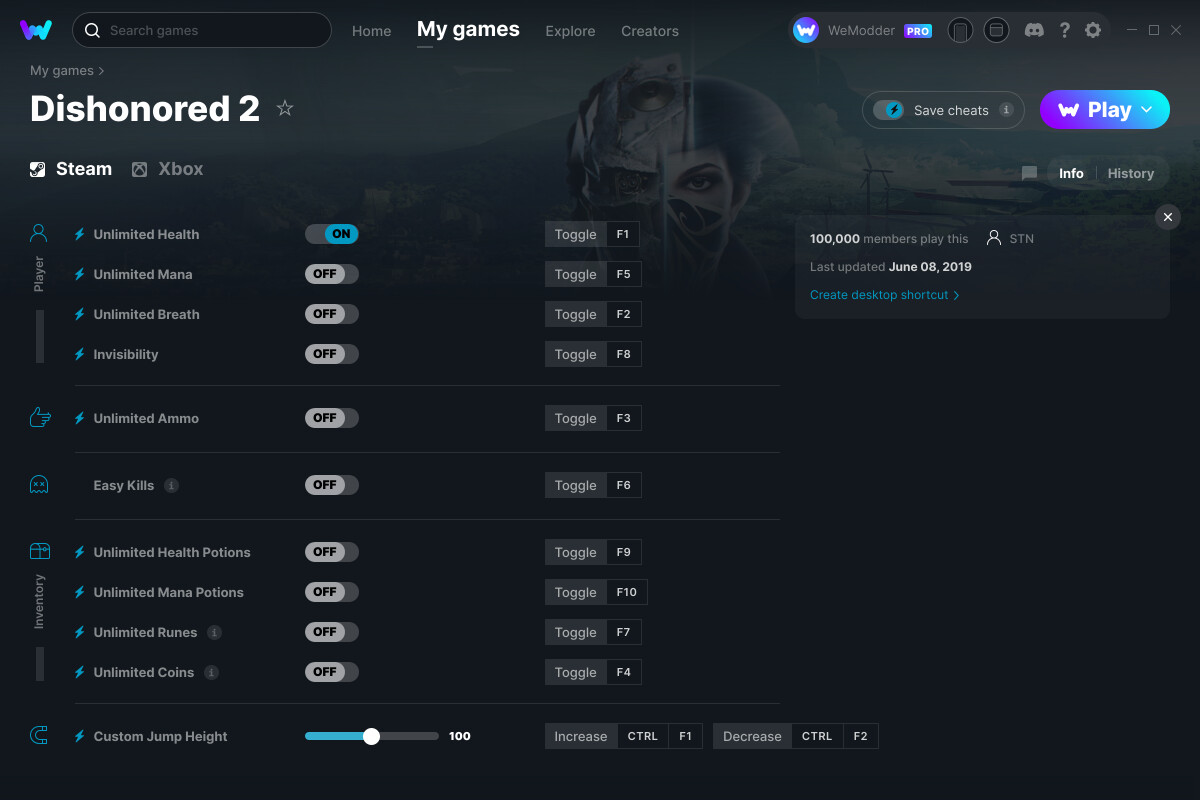 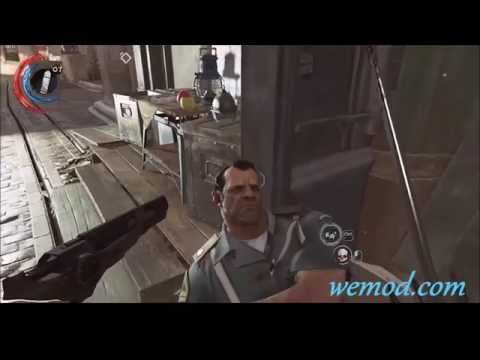 Unlimited Runes doesn’t seem to work. I can get others to work, but not that one.

Infinite traits would be nice. And thank for the trainer.

It allow you to craft bonecharm. If cant find it.

Bring up the Journal/Inventory menu where you can see them. For runes, change it first (craft runes etc).

I have. I even tried using some to try to spark it into working, but it had no affect. It just doesn’t work.

Yea im having the same issues with the infinte runes

I was having issues with infinite runes but I figured it out. if you enable it and start a new save it usually enables the cheat once you reach the shrine in karnaka.

I just started a new game so I will let you know if that is indeed the case.
When i got the rune in the Overseer office in Karnaca during the favor sunken suplies it activated and started working for me.

May i request that the amount of runes we carry gets frozen to lets say 80 so that we can still collect runes for mission completeness?

EDIT: For those doing the mission where you have to save Sokolov disable Easy Kills or Anton will keep dying

Thanks for the trainer and all but this version is rather glitchy, not working half the time after loading up a new save… Most likely tied to forcing this tacky Infinity app to be always on instead of a more simple & permanent mod solution for obvious financial/exposure issues. Just wanted to stomp around in high chaos with infinite mana after having completed the game but I suppose it’ll have to wait.

However, I can confirm that all cheat functions do work properly and it’s probably best to activate after completing the first mission.

The Infinite Rune is still not working for me - I tried to use a rune to kickstart it but was unsuccessful. Any help?

Just here to add weight to the inability to get Unlimited Runes working. I have not crafted any, but I have enabled and picked up and spent about 8 Runes without the unlimited cheat kicking in.

Unlimited Coins and Runes haven’t been working. I activate the cheats then brings up the journal, and they haven’t seemed to activate. Also, none of the cheats seem to work when playing as Corvo. (I didn’t test the corvo problem as much as the Unlimited coins and runes chests)

@NightFerret What is your game source? and version?

@STN I’m sorry, but you’ll have to tell me what that means, or rather what you are looking for. I’m using the steam version if that helps? I looked to see if I could find which version the game was, but was unsuccessful. Also, I was going to edit my previous post, but you already replied. The unlimited coins is working, I’m just having issues with unlimited runes.

In that case, ignore the version. I was just wondering if you had a different version or used cracked version for the coins cheat to not work but that’s not the case.

The runes cheat is a known issue and i’ll work on it. For now, you can make it work by crafting first