This is the official discussion topic of the Metro Exodus Trainer and Cheats in the WeMod app. Please post any suggestions, bug reports, or praise that you may have for the cheats in here!

The Metro Exodus cheats have been updated!

Amazing! Thank you for all your hard work.

so what happened to the cheats? what am I suppose to do with the console when I don’t even know any cheat command? wtf?!?!

soo what no cheats?? they didnt make console commands for this game…plz bring the cheats back to what they where b4 or at least give us a list of commands to use

i guess i will use mrantifun until then

What happened to everything? this game had a sizeable list just the other day now it’s just a useless console unlock?!

@Dope763: The console has an auto-complete feature. Start typing and it will show possible suggestions; just like on google. Is the console useful or does it contain some dope stuff, that I don’t know. The feature is there, was requested, I made it available. It’s only in WeMod as of now. So that’s that. Commands… might post later. However, I have other projects to attend to; so you’re bound to discover them yourself.

@Dironox: Considering you joined (the forum) 4 hours ago, I strongly suggest getting accustomed to how WeMod works: 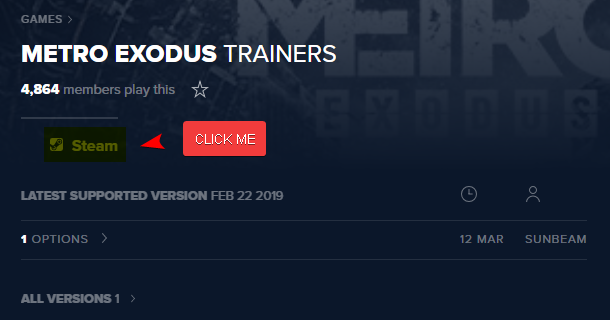 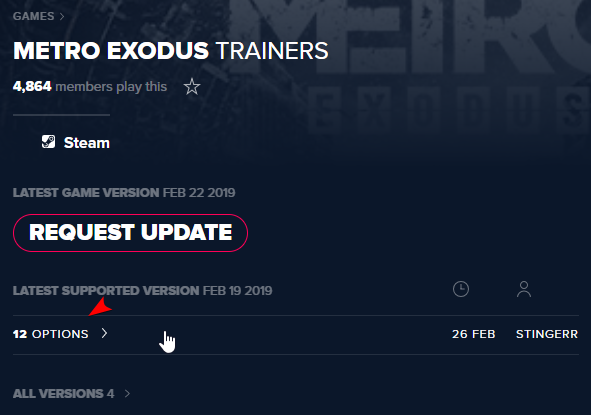 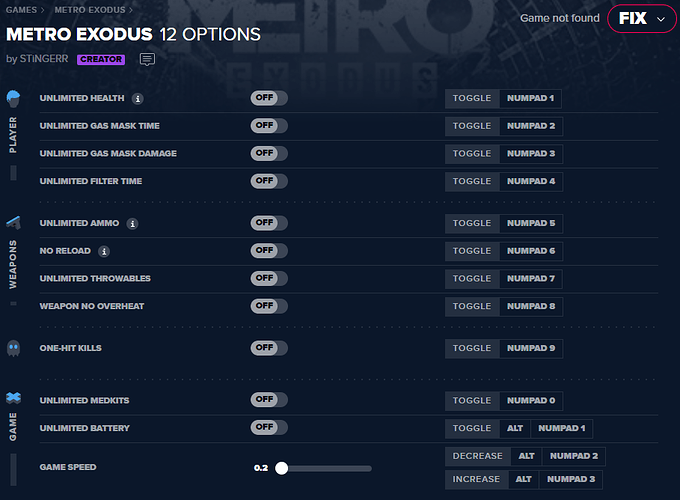 So it’s still there. Now…

I hope the time I wasted typing the above gives an answer to your disinterest to waste timing figuring it out on your own.

I have the Epic Version and a clue to the console commands would be helpful. “Godmode”,health,ammo,giveammo are all unknown commands.And the console itself gives no guiding knowledge.

Sure we do. Mind your spelling; how’s that for constructive and criticism?

I strongly advise asking the game developers. People automatically assume that the guy providing access to the console is also the GOD of it. Nope, not this time; mostly because you will find no references regarding 4A Engine online. Show me a place where this engine is talked about and console commands debated, and I’ll gladly help. Wanna contribute with testing and building up a repository of such commands, you’re more than welcome

And I’d appreciate it.

EDIT #1: The commands you mentioned are stripped out, it seems, from the list to available CVars. But I can patch them in; that was my plan next-up. They used to work in the very first Metro 2033 (the x86 version), then they took them out in Last Light. Once the engine evolved to x64 (Redux), they stayed like that; stripped.

The above are useful in Redux, where you don’t have a quick-save feature and game saves at key points. Not the case anymore, I guess, with Exodus.

For example, in Metro 2033 I can load main menu via “change_map 2033\000”. There’s an extractor lying around working for Redux games. Haven’t tested on Exodus, but if they didn’t change logic, should work for it as well. What the extractor does is to pull relevant files from the game archives. Among those there’s a “maps” folder. That’s how you’ll know the repository id and map names

I learned something new, I never knew that the “Steam” or “Origin” platform items were clickable to select them. I thought that they were just indicators of what was automatically found.

After poking around a bit, there seems to be very little that can be done with the console, although it does show some interesting insights. When you type a letter in the console, you can then use the arrow keys to navigate the auto-complete menu, so you could type an “a” ( or another very common letter) and browse most of the available commands.

You’ll be able to do more, like g_god, g_notarget, g_unlimitedammo and some others in a future update. I can reconstruct and add them to the CVars list

The Metro Exodus cheats have been updated!

so what is the difference between g_god and g_global_god? and what does g_notarget do exactly?

So from previous experience no target is a command that makes the AI not shoot/aim at you. Global health I assume accounts for everyone or you and your allies. Not sure on the 2nd one.

I suggest further testing, rather than spoon-feeding. You have the tool, your turn.