I saw a post, Valve Steam Deck, that said protontricks can get wemod working on the deck and that the trainers work too. I tried to copy this, but keep getting errors. The only consistient ones are “you are in 64 bit, please switch to 32 bit” and “you dont have mono installed”. Neither of these are things i was able to fix even with a google search. After that its random “this file has X error” codes. And on the occasion i do get to the part where the file is opened, i either get “you are not connected to the internet” or a white square on an otherwise empty wemod window.

Would one of you help me out? Assume i have a deck that i have only installed games on, and that i know what a terminal and a download is, and that i know how to move files and show hidden files. I probably missed something thats obvious to an experienced user, so details are required.

You don’t need to worry about the 64bit or mono warnings. Those are normal. I have spent the past few days trying to get WeMod up and running on Deck and as of last night i have finally had success. I’ll be making posts detailing how to on Reddit and Facebook after I’ve replicated the method across multiple games and tested it. But download ProtonUp-Qt and get Proton-6.19-GE-2. You also need to get the offline installer from here

The regular installer just doesn’t work as far as i can tell. You’ll need Steam Tinker Launch as well, which can be downloaded from ProtonUp-Qt. Put the game with the 6.19 GE, open ProtonTricks and go to Winecfg. Set the Windows version to Win 7, and then go to libraries and from the dropdown menu add both d3d11 and dxgi to the overrides, and edit them to Native.

Then go to regedit in ProtonTricks main menu, and go to HKEY_LOCAL_MACHINE\Software\Microsoft\Windows\CurrentVersion\Policies\System, then change the value of EnableLUA from 1 to 0. The offline installer requires regular user permissions. It won’t launch when ran as admin. But Proton and Wine natively run with admin privileges. 7.0 and up its impossible to change until they reimplement a better solution, you used to be able to use the terminal to downgrade your permissions. But after that was removed, they added EnableLUA to do it. 1 is admin, 0 is regular user. It will only work on Proton versions below 7, which is why you’re using Proton-6.19-GE-2. With all that done, go back to ProtonTricks to the install dll tab, now download every single DotNet framework from 2.0 to Core 3. Idk if you necessarily need all of these, but unless i go all out on DotNet, i always get DotNet errors. Go back to Winecfg, and change the Windows version from 2003 back to Win 7 or Win 10, one of the DotNet installers changes it. Then go to the bottom and download VKD3D and the Vulkan runtime. After that’s done, go back to the main menu, click cancel, and go to Install Applications above the choose this prefix button. From there scroll to the bottom and download Vulkan SDK.

Then you can install WeMod. Idk what I’m doing differently but some games it installs and some it doesn’t, so my workaround for those is i have WeMod installed in its own separate prefix and added as a nonsteam game, if you get an install error you move the steamuser folder from the Users folder in WeMod’s C:Drive somewhere else, then link the steamuser folder to that location from the prefix of the game you want to add WeMod to by dragging the folderto that location and clicking link here. It’s added to the AppData folder. Local and Roaming. The WeMod exe is in Local. I then link the AppData folder to the game’s root in steamapps/common. Go to Properties and change the Proton version from 6.19-GE to Steam Tinker Launch, click the main menu button in the bottom corner when it pops up, then Game Menu on the bottom of the main menu. Tick use custom command, add the WeMod exe, then tick fork custom command. Then scroll the bottom to the Wine settings, to WINEDEBUG settings, click the dropdown menu and select the first thing you see. Then delete everything on the list except -Vulkan, not +Vulkan, but -. Then scroll up to the Proton settings, under Proton Log Dir and over Proton no D3D10 check Uwe ‘winedebug settings’ for Proton. While you’re in the neighborhood change the Proton version from 6.19 to something more modern, you only needed that one for installing dependencies and WeMod. It works for all intents and purposes but i am still testing it and ironing out the process to make sure it’s working as it should 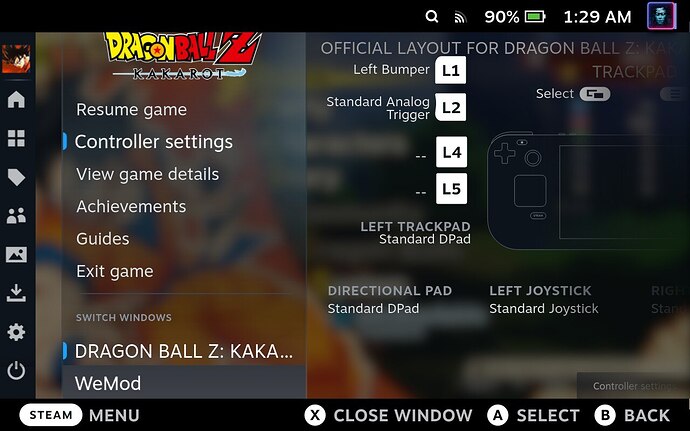 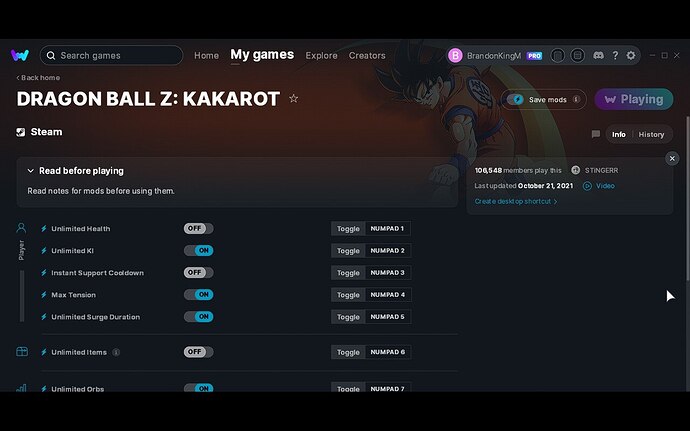 My first tutorial was functional but tedious and included a lot of unnecessary steps as i was still figuring things out myself. Half the steps from that tutorial were the DotNet rabbit hole Winetricks forces you down. Download the DotNet Framework 4.8 installer from here: Download the WeMod offline installer from here: https://api.wemod.com/client/download 2.2k Here are the screenshots detailing the tutorial step by step: https://imgur.com/gallery/BElRnD9 I have tested this method on nea…