I have the same issue as the original post in this thread: WeMod not working).

Wemod used to be able to detect all my installed games (Steam, GOG), but after Windows 10 21H1 update, wemod only detect a small number of installed games from Steam and GOG.

I have tried the linked solution but still nothing changed.

Sorry but I have to ask this, because this has happened to others - Is it possible some of the filters in the left panel are collapsed and therefore just not showing you your games until you de-collapse the filter?

Keep us updated. Thank you. 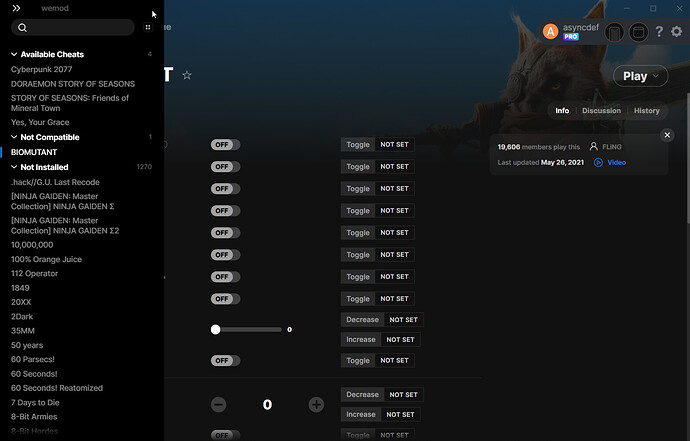 and this is my steam library

Are the games legitimately purchased from their stores or cracked/pirated versions?

All my games are legitimately purchased on Steam, GOG or Origin

Are your games saved in the default C:\ or somewhere else (ie, another drive, external storage).

Wemod is already excluded on my antivirus as I told on my post that I followed the previous solution.

Make sure Steam and GOG Galaxy aren’t pending an update to be compatible with the new Windows version you installed.

A WeMod update will be released in the next 30 minutes to fix this issue. Thanks for reporting it!

That’s a quick one. Waiting for the update to come

wemod is now detecting all my games one by one.
I am sorry for late reply. I fell asleep

thank you for your hard work